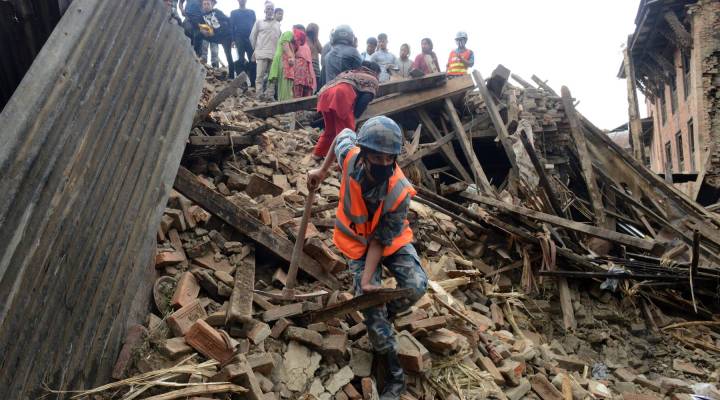 On the ground from Kathmandu, Nepal

On the ground from Kathmandu, Nepal

Aid workers from all over the world are flying to Kathmandu, Nepal to provide services for those affected by Saturday’s devastating earthquake.

Blackouts and scarce supplies are challenging, but the main concern is drinking water. If that shortage isn’t addressed quickly, the government is concerned it could lead to the spread of disease, especially since people are already spending late nights out in the open. That, in turn, would present a whole new problem for authorities and aid agencies that are coming in.

The airport is packed with flights bringing workers, as well as commercial planes that have added trips to bring supplies into the region, and people out.

The BBC’s Sanjoy Majumder is in Kathmandu, where much of the city was reduced to rubble.

“There are a lot of agencies on the ground,” he says. “You can see them and identify them, but the scale of the problem is quite big, so of course, it’s never going to be enough … certainly not now.”

There was a lot of political turmoil in Nepal in the past decade, and the region was not equipped with a disaster management plan. That’s why the government was very quick to accept that this was too much for it to handle.

Majumder is staying in a hotel, but he says no one is sleeping in their rooms because there have been a number of aftershocks that are frightening. He and the others in town are sleeping near exits, by the pool, or in the hotel lobby.