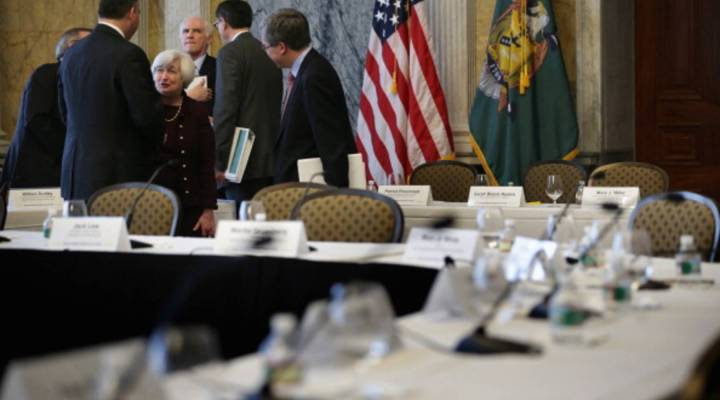 Just who is watching the banks?

Just who is watching the banks?

Think of this as a corporate restructuring 2.0.

A secret document penned by D.C. Federal Reserve governor Daniel Tarullo in 2010 set in motion a silent centralization of powers within the organization. Now, the change is having some unforeseen consequences.

Up until 2008, the New York Fed was in charge of keeping tabs on the nation’s banking industry.

“After the financial crisis,” says the WSJ’s Jon Hilsenrath, “Tarullo came along with Ben Bernanke’s assent and said, basically, ‘we’re gonna do it a new way.’” This “new way” included stripping oversight powers from the New York Fed and placing them in the hands of a special committee based in Washington.

Referred to as the “Triangle Document,” the six-page document provided a blueprint for a new era. Now, oversight of all 12 Federal Reserve banks is managed by Tarullo’s committee.

Hilsenrath says, though, that the change hasn’t necessarily made the process any easier. “There are critics who say the banks feel burdened by the whole process … There are also complaints even within the system that the new system makes it a little bit harder for the information to flow up to the most senior people in the Fed.”