Why you have the emoji choices you do

Why you have the emoji choices you do

Emoji users sent a lot of ❤s over the Valentine’s Day weekend. Maybe a kissy face or cat heart eyes face too.

But, what about when the message you want to send is a little less kissy, and more obscure? Have you ever wondered why you have the emoji choices you do?

Journalist Hannah Rosefield from Vice’s Motherboard wrote about the politics of emoji diversity  and where the future of the miniature illustrations is headed:

When Lego designed its stocky, squared-off human figures in the 1970s, it chose for the skin colour a bright, primary yellow. The yellow was recognisably human, yet artificial enough not to be identified with any particular race. You can see the same principle at work in the first 58 emoji on the Apple emoji keyboard: eight rows of yellow circles, raceless and genderless, each with a different expression.

After that, there’s a boy in a Chinese cap and a man in a turban. From then on, every human emoji is white. White couples hold hands, kiss, and nestle a white child between them; white girls in pink tops cut their hair and paint their nails. White hands clap and wave.

Not for much longer. Earlier this month the Unicode Consortium, the company that enables emoji to appear across different devices, released a draft report that includes a proposal for diversifying their emoji provision. While most emoji fans have been celebrating the news, others have reservations. Bernie Hogan, a research fellow at the Oxford Internet Institute, recognises that current provisions are inadequate but fears that diversification will lead to a new set of problems. “When emoji become personally representative, they become politicised,” he told me. 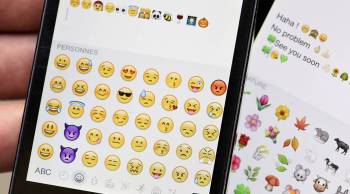