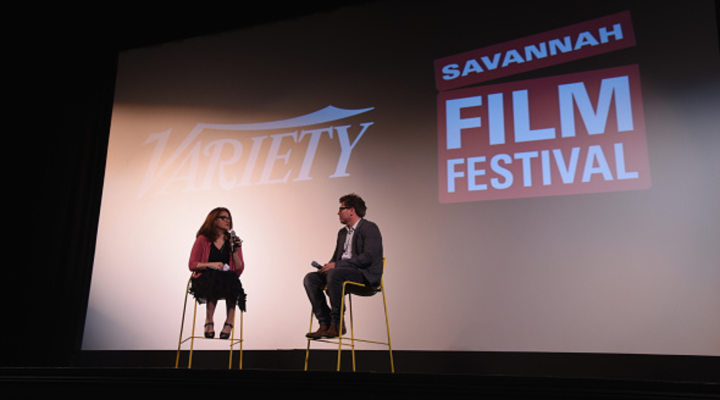 The Hunger Games. Selma. The Walking Dead. Georgia’s film industry has seen rapid growth in the past decade, anchored by some of the biggest movies and television shows.

Chris Carr, Commissioner of the Georgia Department of Economic Development, says film has grown from a $250 million-a-year industry in 2007 to more than $5 billion in 2014. The state offers incentives, including a 20 percent tax credit for companies that spend at least $500,000 in state, and an additional 10 percent for producers willing to insert the state’s peach logo into the credits.

Ed Richardson and Brian Livesay, CEOs of 404 Studio Partners, at the site of what will become Atlanta Metro Studios.

Brian Livesay is the CEO of 404 Studio Partners. His company will handle sales and marketing for the Atlanta Metro Studios, a new space currently under construction. He says he never considered Atlanta to be a movie-making hub, until a project he was working on was lured from Los Angeles to Atlanta. Now, he’s in Georgia for good. And that state hopes to make stories like his the norm.