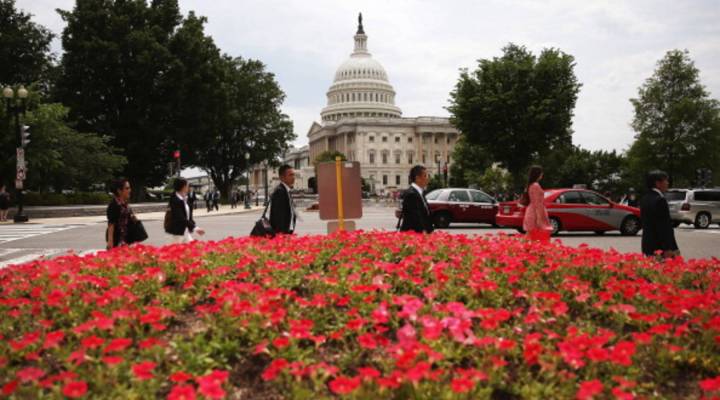 Even congressmen get hazed

Flowers are in bloom as people walk past the U.S. Capitol building.  (Mark Wilson/Getty Images)

Even congressmen get hazed

Flowers are in bloom as people walk past the U.S. Capitol building.  (Mark Wilson/Getty Images)

Congress is back in session on Wednesday after the mid-term elections.

As with any new job, incoming politicians will have to sit through a new-hire orientation. That’s right: even congressmen and senators have a human resources process they need to clear.

Perhaps it’s not that surprising; in this age of employee handbooks, ethics policies, and background checks, it takes a whole lot more than filling out a mere W-4.

“The HR portion of this orientation is just like what you’d see in the private sector and… nothing new,” says Mike Bishop. Bishop is an incoming GOP Representative representing Michigan’s 8th District.

In Bishop’s case, his previous experience in the Michigan State Legislature should help soften the blow. But for other incoming freshmen who come from outside of politics, it could be like “drinking water from a fire hose,” he says.

As new people are getting squared away, others are conducting exit interviews.

Russ Carnahan, a Democrat from Missouri, served in Congress from 2004 to 2012. Even today, he still remembers that first orientation session.

“We were told, ‘this will be the most bi-partisan thing you ever do in your career,’” said Carnahan. “’After this, you’ll be pitted against each other, party-to-party, and it will go down-hill from there.’ That was a little prophetic.”

Any new employee will have questions and solicit advice, but here’s a pro-tip: It’s probably best to avoid asking your colleagues about the healthcare coverage.