Why raising money to fight Ebola is so tough

Why raising money to fight Ebola is so tough

Raising money for Ebola is hard.

“We try to put up stories and information and photos and let people know we have a microsite and a designated button that makes it easy for people to give,” says Jana Sweeny of the American Red Cross.

But people aren’t giving in significant numbers. The Red Cross, UNICEF and Doctors without Borders have raised a combined $20 million toward combating Ebola. Compare that to the $486 million the Red Cross alone raised after the 2010 earthquake in Haiti.

“In the case of disease outbreak, I think that Americans tend to think immediately of government, our government helps manage that,” says Sweeny.

The CDC Foundation – the philanthropic arm of the Centers for Disease Control and Prevention – is having more success than the traditional charities; it’s raised $40 million.

“What we’ve had to say to our donors is trust those 150 CDC experts who are putting their lives on the line,” says Foundation President Charlie Stokes.

Stokes says major givers like Mark Zuckerberg and his wife Dr. Priscilla Chan, who pledged $25 million Tuesday, are trusting CDC epidemiologists to spend money at the scientists’ discretion. That risk, plus the invisibility of a viral epidemic makes raising money tricky, Stokes says.

“We’re talking about raising funding for people who are not yet sick but may die two weeks from now,” he says. “It’s harder to put a face on those victims.”

So, Stokes puts a face on public health scientists in the spooky Hazmat suits in West Africa, and how they are the ones best positioned to control this virus. 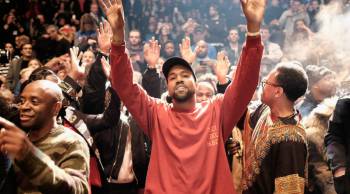