Nearly half of American households are financially insecure

Nearly half of American households are financially insecure

Financial insecurity is on the rise in American urban areas, even as the economy slowly recovers from the Great Recession, as unemployment falls, as foreclosures dwindle and as home prices rise again in many markets.

“The financial crisis and the Great Recession demonstrated in a dramatic and unmistakable manner how extraordinarily vulnerable are the large share of American families with very few assets to fall back on,” Yellen said. “We have come far from the worst moments of the crisis, and the economy continues to improve. But the effects of the recession are still being felt by many families, particularly those that had very little in savings and other assets beforehand.”

This week, the Corporation for Enterprise Development released new analysis of financial insecurity nationwide, drilling down on data at the state, regional and local levels. The group found that nearly 45 percent of households in cities with population of 200,000 or more, are “liquid-asset poor.” That means they don’t have enough in savings, or in assets that can be easily liquidated (such as stocks, bank accounts or retirement accounts), to cover their basic living expenses for three months. The threshold is set for a family of four living at the poverty level, which would need $6,000 to live.

Andrea Levere, president of Corporation for Enterprise Development, pointed out that this financial insecurity doesn’t just affect the poor, it affects those who are unemployed or working at minimum-wage jobs, too..

“Twenty five percent of American families in the fourth quintile of income — which is roughly $50,000 to $90,000 — are in liquid asset poverty,” said Levere.

Randy Albelda, an economist at the University of Massachusetts-Boston, isn’t surprised by the findings. Or, that levels of financial insecurity have risen during and after the recession.

“Given the very slow recovery for most people, given the last 20 years of very slow income growth for the bottom 50 percent, people have depleted their savings,” Albelda said.

Albelda thinks improvement in the situation would require lower costs for basic necessities such as rent, energy and food, and/or higher wages for a wide range of jobs (from low- to high-skilled), to allow more people to save and build a cushion against financial emergencies. She said a more comprehensive publicly funded social safety net would also help, one that delivered longer-term income support and food assistance for the poor and unemployed.

Levere said financial insecurity would also be less prevalent if mainstream consumer banking services were more readily available to the working poor. People have more financial resilience where there are more banks, and where working people use them. Highly “unbanked” cities, such as Newark, N.J.; Cleveland, Ohio and San Bernardino, California, also have high levels of liquid asset poverty.

“On average, an unbanked person spends $1,000 per year on financial services—getting their checks cashed because they don’t have a bank account, going to payday lenders, or rent-to-own,” said Levere. 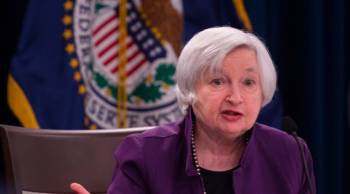