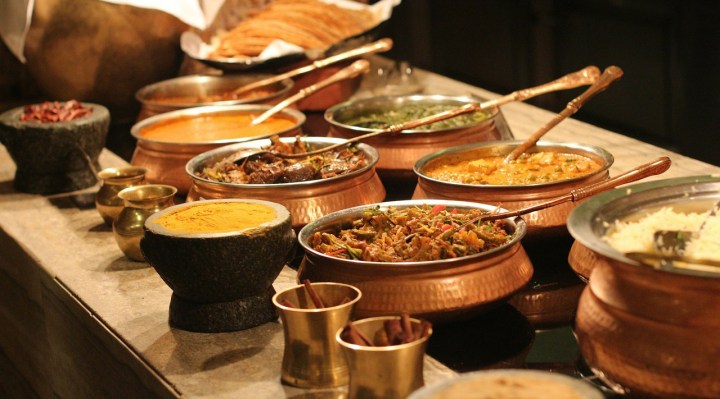 One of the questions we received from listeners as part of our “I’ve Always Wondered” series is about buffets.  Mike Glatzer wrote to ask:

1)      How do buffets figure out the price to charge customers, in order to still make a profit?

2)      Do they know the average amount that each customer eats?

Turns out, there’s a careful science to it.

Generally, restaurants figure you’ll eat about a pound of food.  To decide how much to charge, they take the average number of buffet customers per day and divide that into their daily buffet food cost. Then they know their average cost per person.

But it doesn’t end there, because restaurants only stay in business when they’re making a profit. So restaurants put the cheapest, most filling food at the beginning of the buffet line.

“So we have potatoes au gratin at the beginning,” says Donetta Poisson, who teaches food service management at Georgia State University. “It’s cheese and potatoes but people generally love that.”

Poisson says buffets also use big spoons for those dishes.  The most expensive food is served on small platters. Or carved, one stingy slice at a time.

But fear not buffet fans. There are plenty of tricks you can do.

Mike Glatzer, who wrote in to ask the question about buffets, is actually something of an experienced buffet eater.  And when we met at an all-you-can-eat pizza buffet in Silver Spring, Md., he gave me some tips. Marketplace is pleased to present: