Whether it’s yoga pants or fruit dipped in chocolate, Americans spend an average of $850 a year on catalog purchases, according to FGI Research.

In fact, check the mail at the beginning of the workweek, and you’ll probably find a catalog in there.  According to research, Monday and Tuesday are the biggest catalog mail days. Every week, Americans get about two to three of them in the mail.

Miller says postage hikes, cyber retail, and the recession all hurt catalogs. But he says catalogs offer something to retailers that the internet can’t: customer loyalty.

“There have been studies that have shown that if somebody purchases an item online, they’re much less likely to be a loyal customer than if they purchase something as a result of seeing it in a catalog,” Miller says.

Companies have gotten smarter about getting their catalogs into the right hands with the help of huge databases containing all sorts of info on millions of households.

“In many of the databases they’ll have every purchase you’ve basically made for years,” says John Lenser,  president of CohereOne, a consulting firm that works with catalog companies. “So they will know whether you’re buying in different product categories, they’ll know how much you’ve spent.”

Database companies track a lot about our lifestyles. If someone moves, furniture catalogs start appearing. They know who buys office supplies in bulk, and who’s developing a taste for wine. It’s really specific.

The result? Fewer catalogs immediately tossed into the recycle bin.

Places like American Printing Company, a catalog printer in Birmingham, are all about efficiency. Craig McConnell, sales manager there, says there’s a ton of potential waste in the printing business.

“So if you’re not very efficient, if you don’t do a good job and if you don’t provide some extra value to your customers, it’s very difficult to compete,” he says.

The cost of postage and paper have gone up over the years. On the upside, McConnell says, “For every dollar that someone spends for the production of a catalog, they expect to generate at least $4 of additional sales revenues.”

For retailers, that might be the best dollar they’ve ever spent. 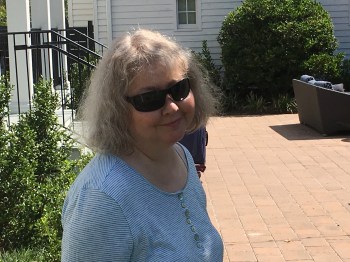 How accessibility dictates how we shop