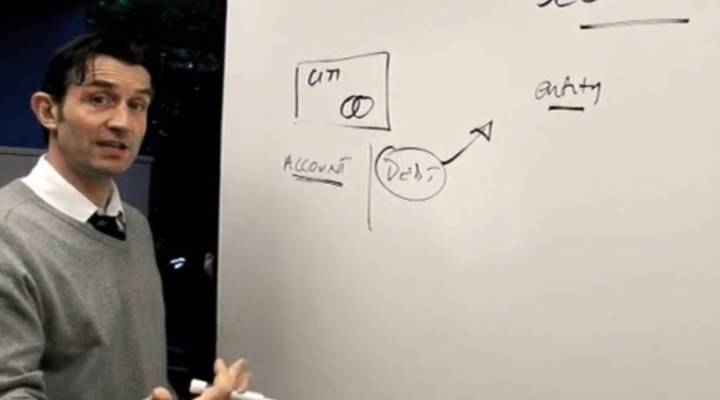 Collateralization is not a bad word

Collateralization is not a bad word

Oh my God! That financial product has a ‘c’ in front of it! It’s toxic!

That seems to be the way regulators (and some journalists) are behaving when confronted with financial products that begin with the letter ‘C.’ And yes, it’s true, the collateralized debt obligation and the credit default swap did play starring roles in the financial crisis, but that’s no reason to brand every instrument that starts with a ‘C’ as a economic biohazard.

That’s especially the case when it comes to anything starting with the word “collateralized.”

Quite the reverse, in fact: they’re essential.

If you don’t believe me, ask yourself this question: How important is housing to the U.S. economy? Pretty important, right?

Certainly that’s what the President thinks. The economy is dependent primarily on consumer spending, and a large part of that consumer spending comes from people buying houses and filling them with stuff. Then there’s all the construction activity, and the industries based on homebuilding. And then there are all the services associated with housing, too.

So housing is a big deal. And what’s the engine of the housing market? It’s debt; peoples’ ability to borrow money in order to buy homes.  But if it wasn’t for securitization, there wouldn’t be any debt – or there’d be a lot less of it, anyway. The vast majority of the loans that are made to Americans to buy homes are packaged up by Freddie Mac and Fannie Mae, many of them in a big ‘C’ word: collateralized mortgage obligations.

Reading some of the reports about CLOs, you would be forgiven for thinking that, like the dreaded toxic assets otherwise known as CDOs, collateralized loan obligations are brimming with poisonous dreck that threatens to infect the entire financial system and bring our economy to its knees.

It’s also true that these corporate loans are branded “junk,” because they’re not investment grade – in other words, they’re rated below BBB, and its equivalent, by S&P and its peers. For the most part, though, these kinds of loans look pretty safe right now. Moody’s says the rate of default on these loans is low, ending the first quarter at 1.4 percent, down from 2.2 percent the prior quarter and 3 percent in the first quarter a year ago. As for the CLOs themselves, while some did melt down during the financial crisis, they did so at a hugely-reduced rate in comparison.

CLOs provide the same kind of support for the economy that the securitizations run by Fannie and Freddie provide for the housing market. Where ‘Fan and Fred’ buy up mortgages taken out by Americans, CLOs buy up the debt of companies that might otherwise find it hard to get a bank loan. The results are a huge boon, both to those companies and to the economy.

When I covered the loan market at S&P back in the 90s, the “junk” companies that benefited from CLOs included Tricon, which is now YUM brands; Allied Waste, which was bought by Republic Services; and United Rentals. These companies employ large numbers of people and contribute significantly to economic growth. But without CLOs, they might not even exist today. Likewise, if Fannie and Freddie didn’t buy up mortgages, fewer loans would be made, fewer houses bought and the economy would take a big hit.

I’m not saying that regulators (or reporters) should give CLOs a free pass. That’s what happened to CDOs in the run-up to the financial crisis, and we all know what happened there. CLOs should be scrutinized and regulated just like every other securitization, to be sure they don’t run amok or turn toxic on us.

But that starts with understanding exactly what they are. Regulators and reporters appear to be too quick to assume that just because CLO starts with the letter ‘C,’ it should be treated as toxic. And that’s a poisonous attitude.