After a four year absence, Jack Bauer returns to our TVs Monday on “24,” with a limited 12-episode run.

The show, which features a rogue special agent fighting terror, premiered in 2001, just after 9/11. If you think back to the technology milestones of that year, it’s worth noting that AOL membership surpassed 28 million, the Compaq Presario line of desktop computers was introduced and Windows XP went on the market.

And while we may not know the exact model cell phone Jack Bauer used in that season, the best-selling phone of that time period was a Nokia 6610.

That was the first season of “24,” but the most recent run of episodes, season eight, aired in 2010.

William Gasarch watched a lot of those episodes of the show while working out.

“Best treadmill show ever!” he says.

And, being a computer science professor at the University of Maryland, Gasarch had a lot of questions, like was the Chloe O’Brian character really that good at hacking?

On the show, it took “very little time to hack into the NSA computer system,” he says. “The show then is probably more realistic now that we have more computing power.” Then, there’s Jack Bauer’s cellphone, which in its first decade went from flip-phone to a Palm PDA. 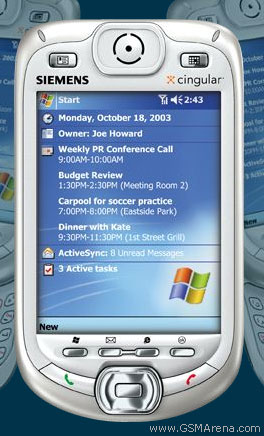 “The phones are just consistently going,” says Sarah Wanenchak, who blogs at Cyborgology. “They never run out of battery. They never need to be charged.”

When season eight ended, the iPad had just been introduced, but did not make an appearance on the show. Also in 2010, Apple released the iPhone 4 and HP bought out the soon-to-be-extinct PDA maker Palm.

No word yet if he’ll spend half the episodes looking for a charger.

Drones and Edward Snowden-style leaking are also expected to be big plot points.

“Who’s watching and who’s being watched seems like it could be a huge possibility for a lot of drama,” Wanenchak says.