At one point, Affordable Care Act architects thought every state would eventually run its own exchange. So far only about a quarter of states – and the District of Columbia – have actually done it. Or at least, they have tried their best to.

Oregon’s exchange voted to have Washington run the IT side of the operation on Friday. That’s after the state received some $300 million in federal funds to get its own of the ground.

There are lots of reasons why states may want to take over their exchanges from the feds sometime in the future. But here are six reasons why they may not be in such a hurry: “Hawaii, Maryland, Massachusetts, Minnesota, Oregon and Vermont,” says Caroline Pearson who tracks state exchanges for consulting firm Avalere Health.

Pearson says technical disasters like Oregon – it’s still processing applications on paper – could scare off most anyone else for the next year or two. But, she says, as states and the federal government work out the bugs, running an exchange will get smoother.

“Once you have something that is working, it will be easier for other states to import that and customize it and tweak it for their own program,” she says.

Map by the National Conference of State Legislatures

Sonya Schwartz with the Georgetown Center for Children and Families thinks states that run their own exchanges may be better able to control healthcare costs, and that could make switching worthwhile.

“Our health system is expensive. And if we had an ambitious plan to reign in costs, it’s worth it. But if we just create a rinky-dink enrollment system, it’s not worth it,” she says.

Moving forward, some states could take a hybrid approach. Much like Oregon is doing now: letting the feds run technical operations, but managing the types of insurance plans on the exchanges, and overseeing outreach and enrollment efforts.

“It’s just like, ‘How many different languages do you learn, and can you master?” she says.

Connolly says the silver lining in struggling state-run exchanges may be that it forces everyone to standardize — a great way to keep costs down. 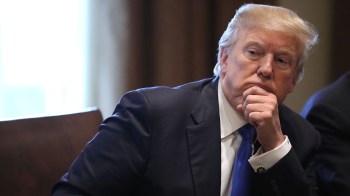 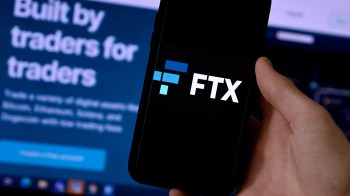