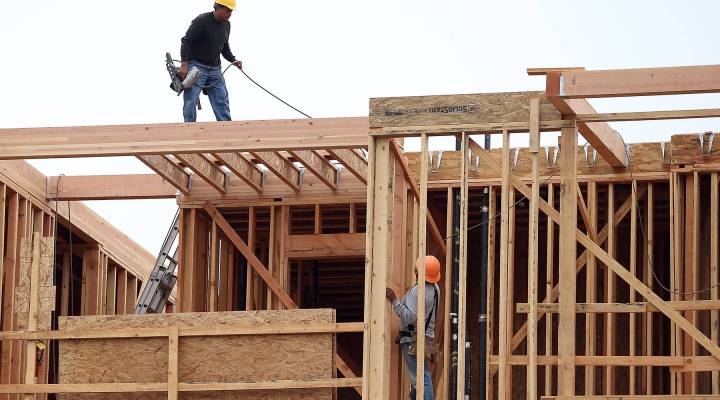 COPY
A construction worker stands on the roof of a condo complex under construction on July 17, 2013 in Berkeley, California. Justin Sullivan/Getty Images

A construction worker stands on the roof of a condo complex under construction on July 17, 2013 in Berkeley, California. Justin Sullivan/Getty Images
Listen Now

Some pretty lackluster news from the housing market today.

Construction spending rose a measly .1% in February. Part of that was because of the wild weather we saw this winter, but economists say that only accounts for part of the lacklusterness. It seems we’re not building or buying homes like we used to. Pending home sales fell in February to their lowest level in more than 2 years. The housing market made big gains last year, but so far 2014 isn’t looking so hot.

L is for Labor: The lackluster labor market means people don’t want to make big investments, like buying a house, says Susan Wachter, professor of real estate and finance at Wharton.  “Jobs and affordability of mortgages are the two fundamental drivers of the housing market and they’re both weak right now.”

L is for Loans: Namely, it’s not easy to get a loan these days. Nicolas Retsinas teaches real estate at Harvard Business School. “The bread and butter of the housing market is first time homebuyers. They continue to have increasing difficulty getting a mortgage, accessing credit.”

L is for Lumber: “Costs have been going up. The cost of lumber’s been going up,” says Patrick Newport, an economist with IHS. He says demand from China and other elements have lifted lumber prices, making building less lucrative for builders and a lot costlier for buyers.

L is also for : Undeveloped or ripe for development real estate is getting expensive too, especially in urban areas.

And let’s not forget the L for Lousy Weather: The winter freeze clamped a lid on the housing market on most of the Eastern Seaboard this year, and sales in the West and South just weren’t enough to make up for it.

All of this is a big deal for the overall economy, says Newport, because it is (I know, you may be going into acute sugar shock at this moment) an economic…

L for Lynchpin: “Basically, the housing market has been sideways for the past six months and that’s very disappointing, because housing is supposed to be one of the key lynchpins that will get the economy back on track.”

That’s largely because it creates a lot of Lucrative construction jobs. 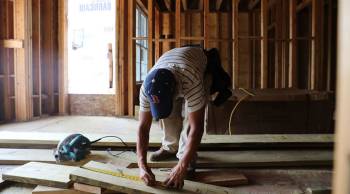