Monday is the deadline to sign up for healthcare under the Affordable Care Act, or risk paying a penalty. Larry Levitt, senior vice president at the Kaiser Family Foundation, says the way people are experiencing Obamacare varies across the country. Take Connecticut and Oregon, for example.

Levitt says both states were enthusiastic about Obamacare, but the actual rollout in each state couldn’t be different. He says for some states, it came down to how lucky they were in choosing a developer to build their online exchange. And Connecticut has a strong history of outreach to the public around health issues.

Connecticut’s program is doing so well, it’s now offering to help other states that are having trouble with their heathcare exchanges. By contrast, Oregon is still enrolling people using paper applications because the online enrollment system still isn’t working.

Geoffrey Joyce, a heathcare professor at the University of Southern California, says right now there’s too much emphasis on short term numbers.

“It’s almost like looking at the stock market day to day. You’re missing the bigger picture.” 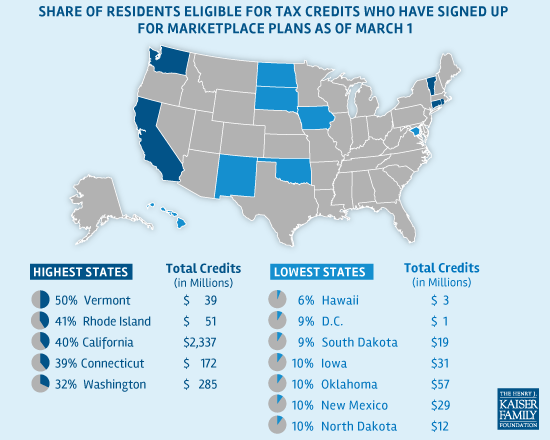