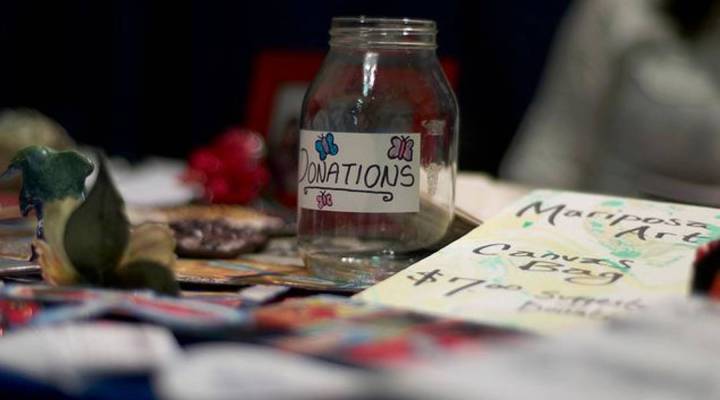 What’s wrong with giving money away? Even generosity has critics

COPY
Flickr/nocklebeast
A lot to give

What’s wrong with giving money away? Even generosity has critics

The term “philanthropist,” meaning “lover of humanity,” is said to have been coined by the Greek playwright Aeschylus, to refer to Prometheus*, the mythological Titan who gave fire to mankind. The gods, unfortunately, hadn’t approved his gift, so Prometheus was chained to a rock for eternity, eagles nibbling at his liver.

Modern-day philanthropists don’t have to tussle with vengeful gods, but they are not without critics. The bulk of the criticism has to do with where gifts of millions – or even billions – of dollars, are donated.

A simple way to ascertain where large gifts, at least those with the giver’s name attached, are going, is to browse the Million Dollar List. For more than a decade, researchers at Indiana University’s Lilly Family School of Philanthropy have been compiling a list of every publicly announced donation of one million dollars or more. The list is a fascinating archive of causes that wealthy donors value, and some patterns are instantly evident. Colleges and universities, many of them top-tier, appear on nearly every page of the list.

“Education plays a very prominent role in where donors direct their gifts,” said Dr. Una Osili, who is principal investigator of the Million Dollar List and served as lead researcher of the 2012 Bank of America Study of High Net Worth Philanthropy.

“In the past, what we’ve seen is that high-net-worth donors give disproportionately, when you compare them to the average American household, to arts and culture institutions, ranging from museums, music, performance organizations and so forth,” Osili said.

Gifts to elite universities, fine arts museums and symphonies, spur one group of critics to argue that wealthy Americans donate to causes that benefit or appeal mostly to other wealthy Americans. Put simply, it’s an argument that the American elite already live in their own world, and then they donate to it.

“It is a realm in which, if you give enough money, you get things named after you like museums, buildings on college campuses,” said Robert. F. Dalzell Jr, a professor emeritus at Williams College and author of “The Good Rich and What They Cost Us.” “The things the ordinary population gives to, you won’t get anything named after you.”

Dalzell says charitable donations cost the US treasury around fifty billion dollars each year. That is the amount of money refunded under the charitable tax deduction. Dalzell says if our democratic government is supposed to represent we, the people, then offering tax breaks for donations to things that most Americans don’t have a stake in, is, at it’s heart, undemocratic.

The charitable tax deduction remains a lightening rod for criticism, in part, because a donor gets a tax break whether the money is going to a well-funded symphony orchestra or to children who survived the devastation of typhoon Haiyan in the Philippines. This bothers a second group of critics who argue there ought to be a hierarchy of giving, because, they say, some causes are simply more worthy than others.

“I think there’s something wrong with people not focusing their philanthropy on where it is going to do the most good,” said Peter Singer, a professor of bioethics at Princeton University (on the Million Dollar List 144 times) and author of “The Life You Can Save: Acting Now to End World Poverty.” “I think that giving to art museums and operas and galleries and so on, in the world as it is today, is not doing the most good. I think that there are better things they could be doing with money that they’re giving away.”

Singer’s most effective arguments are simple games of choice, which are peppered throughout his book. A child is drowning and you, a passer-by, are the only one who can help, but it will mean getting your expensive new shoes and suit wet. To him, and frankly, to any of us in that example, the choice is immediately clear.

Singer views giving as something of a zero-sum game; every dollar that goes to an elite college isn’t going to help people who are sick, starving, and destitute. When I tell him I am planning a trip to the Metropolitan Museum of Art in New York, which is on the Million Dollar List 81 times, Singer mentions that, around ten years ago, the Met paid $45 million dollars for a small painting by the Sienese artist, Duccio di Buoninsegna. Singer believes that $45 million dollars could have been better spent tackling a disease called trachoma, which causes blindness in poor communities in the developing world.

The Duccio painting of the Madonna and child, is displayed prominently in a glass case in Gallery 625 of the Met. It is a small painting, but Emily Rafferty, President of the Met, says it is one of the most important art works ever produced, and given its stature, an institution like the Met has a responsibility to protect it.

“If the Metropolitan Museum of Art can’t sustain the future of a work like that, then who can?” Rafferty asked. “And that’s not to argue against the very worthy cause of preventing blindness or curing blindness.”

Rafferty, who has been with the Met for more than 30 years, and has an encyclopedic knowledge of both it’s treasures and it’s donors, is familiar with arguments that causes related to arts and culture aren’t as worthy as those that work to alleviate sickness and poverty. She’s prepared to defend against those arguments, arguing that there is a whole catalogue of human suffering and one function of philanthropy is to offer more than one way to alleviate it.

“A human being needs to be nourished, and that’s partially in body, but it’s also in mind and in soul,” Rafferty said. “The day after 9/11, when we were asked by the city to open, we had thousands of people waiting outside the Met’s front door. Thousands of them. And when they came in, they looked around, they went to the galleries, they went to their favorite work of art. It was a way that they could affirm their continuing existence and the fact that history had preceded them and there was survival.”

In her office at the Bed Stuy Campaign Against Hunger, a slightly cramped but lively office that offers food and services to poor families in Brooklyn, and outside of which a line of people extends for a few yards despite the bitter cold, Executive Director Melony Samuels considers Rafferty’s argument. The Bed Stuy Campaign depends mainly on gifts from individuals, foundations. It is not on the Million Dollar List and Samuels says, this year, it has been struggling. She respects that donors have a choice in where to give.

“There’s crucial times when you have to put everything in the balance and weigh it,” Samuels said. “And there’s a time when you have to look at where the need is. And I say to you, the need right now is in hunger. Getting families whole again.”

*Marketplace thanks the CalArts’ Center for New Performance and Travis Preston, for use of the tape from their production of Prometheus Bound at the Getty Museum. Additional thanks to Carol Bixler.  More about the performance can be found below.

Notes Preston: “Prometheus Bound” addressess man’s relationship to the eternal order of the cosmos. The circle represents the cosmos and is also an image of time. The drama is placed at the edge of civilization, as well as at the border between ritual and artistic expression. Prometheus Bound also depicts the enfranchisement of human capability. It ias a hosanna to human culture and achievement.