This week the chairman of the Federal Communications Commission announced tests of new technology to replace the nation’s copper-wire-based landline phone system.

Copper-wire-based phone systems on are their way out.  They are, says, Howard Anderson, a professor at the MIT Sloan School of Management, “D-E-A-D.”  His prediction for their future is a grim one (except maybe for copper miners), “the finest copper mine in the world lies under our streets and we are going to be pulling it up and selling it.”

And he’s not the only telecom fortune teller who’s predicting doom. “It’s really already dead-model-walking,” says Scott Cleland, president of Precursor LLC.  He says fewer than 30 percent of people in the U.S. still use landlines that run over copper wires, and that number is falling.

Copper landlines and the regulations that go with them are expensive for the phone companies. They want to get rid of them. Internet based replacements are cheaper.  “There won’t be people that are capable to fix it,” says Cleland, “and there won’t be the switches to replace if things go bad, it’s just going to die on its own.” His best guess for copper’s last gasp—the end of the decade.

Now, he says, we’re just waiting on the F.C.C. to write the death certificate and come up with rules for the new system. But, what the F.C.C. includes is going to help answer what—if anything—we might mourn in a post-copper landline world. “For 100 years we have had a social compact with the network,” says Harold Feld, senior vice president ofthe consumer group Public Knowledge. “We have required universal service access and reliability.”

If that social compact goes away, Feld says, there will be a whole lot to miss about the telephone system of the past. 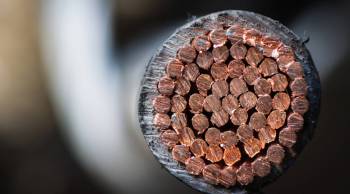 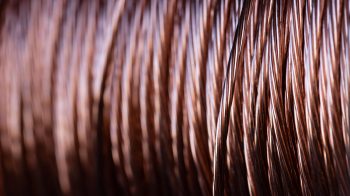