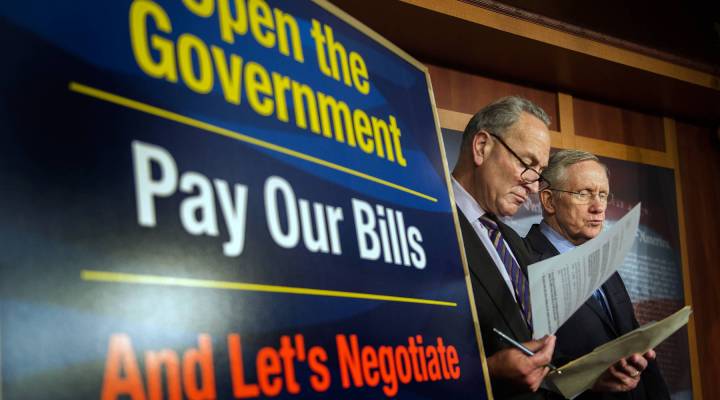 There’s one casualty of the Congressional brinkmanship you might not have thought of: The U.S. Treasury bill.

Treasury bills are vital to the economy, since the government counts on them as a fast and easy way to raise money. If the U.S. passes the debt ceiling deadline and defaults, the U.S. won’t have the cash it needs to pay its debt obligations, including Treasury bills.

Even if Congress pulls a rabbit out of its hat and reaches an agreement on raising the debt ceiling, to some extent, the damage is already done. Cautious investors have sold billions in short-term debt over the last week. It used to be that Treasury bills were seen as stable, dependable investments.

Marilyn Cohen, a bond expert with Envision Capital Management, says the debt ceiling impasse has caused investors to shy away.

“The bloom is off of the rose, and you have Congress to thank for that,” says bond expert Marilyn Cohen, with Envision Capital Management. Cohen says the U.S., and its Treasury bills, aren’t looking like such a safe bet anymore.

The U.S. is now offering higher interest rates on short-term debt to attract investors. In other words, it’s getting a whole lot more expensive for the U.S. to borrow money, which is only adding to the debt problem.

Still, Shilling thinks that in the long-term, the U.S. is safe. Why? “What’s the alternative?” Shilling says.

Big investors, like central banks, need a safe place to put money, a lot of money. “There is no other place to take such large amounts of money and park it with the reasonable expectation of safety,” Cornell economist Eswar Prasad says.

Still, bond expert Cohen says the Treasury bond brand has already been badly damaged. The lingering message for investors is that they need to start looking for alternatives. “We are the best of the bad bunch for now,” she says. “But, I don’t know if that’s going to be true on a long-term, going-forward basis.”

Cohen says Treasuries have traditionally been ultra safe and not very profitable, but if the US government can’t offer investors safety anymore, they’ll need to offer them more money, or be brushed aside.