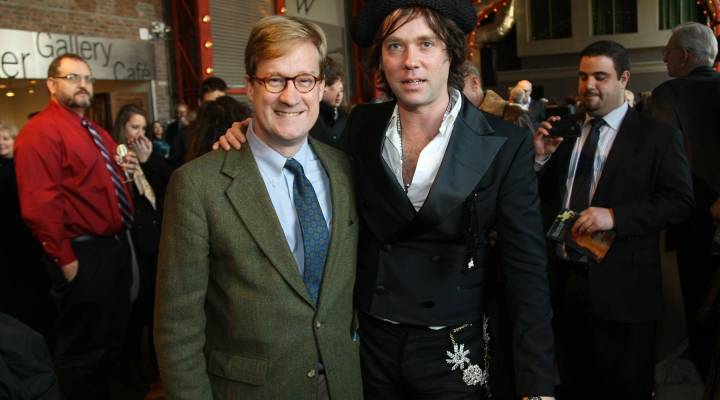 Has the fat lady sung on the New York City Opera?

Has the fat lady sung on the New York City Opera?

As Washington grapples with its budget and what has become a rather operatic countdown to a government shutdown, here in New York, an opera house is grappling with a budget drama of its own. The New York City Opera needs to raise $7 million dollars by the end of today, or it will close its doors for good. The City Opera has been trying everything to raise the cash it needs — it even launched a million dollar kickstarter campaign.

“We have no cash, we have no credit. And we have been skirting cash flow pitfalls every week since I got here, and it’s finally caught up with us,” says George Steel, general manager and artistic director for the New York City Opera. He points out that the company’s budget has been balanced for the past two years, and that its latest opera, “Anna Nicole,” based on the life of Anna Nicole Smith, has been selling out.

However, ticket sales typically cover less than a third of a company’s expenses, says Marc Scorca, president of Opera America, an advocacy group. “Opera companies always struggle with the budget,” Scorca says, adding, “It was George Bernard Shaw who said ‘Opera is the most expensive invention of man, second only to war.'”

Art institutions such as the City Opera are increasingly at war over a shrinking pool of donors, most of whom are giving to big, established names, like the New York Metropolitan Opera. That could mean the end of smaller companies, which tend to be more financially accessible; New York City Opera tickets start at $25. If those smaller companies don’t survive,  says says Aram Sinnreich, a media professor Rutgers University, “That means that middle class people won’t have any relationships to live opera as an artform at all.”

All the New York City Opera can do now is hope for a big donor to come to the rescue, in the final act,  says Steel. If that doesn’t happen, he says, “Tomorrow the company will begin filing bankruptcy papers, everyone in the company, myself included, will lose our jobs this week and a great company and a center of the country’s artistic life will be no more.”