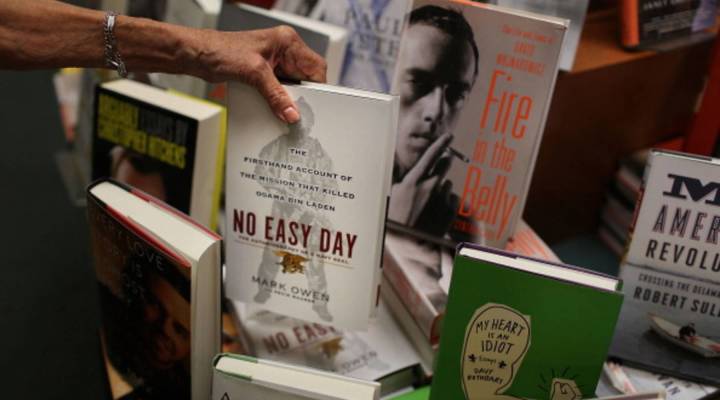 Banned books week: How the blacklist can goose a book’s sales

Spencer Platt/Getty Images
By The Numbers

Banned books week: How the blacklist can goose a book’s sales

“There’s no such thing as bad publicity,” says R. Wolf Baldassaro, who writes the Banned Books Awareness blog. “As soon as you say ‘you can’t do something,’ it makes people want to do it more.”

Baldassaro points to an appearance by  author John Grisham on “The Daily Show” in 2005, where Grisham said that challenges to his book “A Time To Kill” (1989), did “wonders” for his sales.

Chris Finan, president of the American Booksellers Foundation for Free Expression, says there’s a flip side. Finan says challenges to books are often confined to a school district or local library. Those challenges can cause intense pressure for authors, without translating into a notable uptick in book sales.

And Finan said whether or not there is a benefit often hinges on how high-profile an author is at the time of the challenge.

“A lot of these authors who are challenged are not famous,” Finan said. “Wealthy authors who sell a lot of books can hire publicists and attorneys to defend them, but your average mid-list author can’t. They’ve got to take these battles on personally.”

Here is a list of books that have faced challenges in recent years: