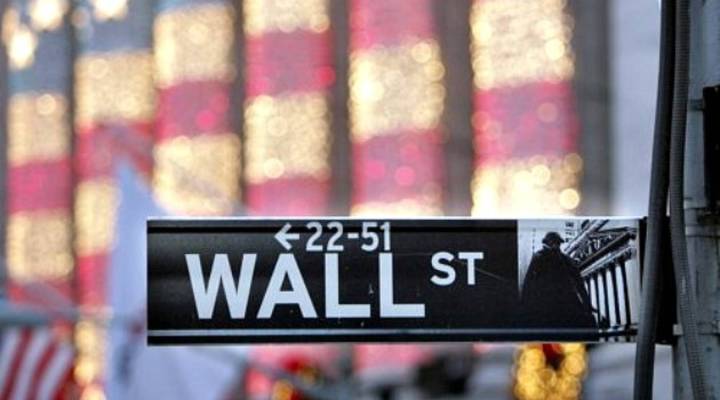 The phrase that defined the financial crisis

The phrase that defined the financial crisis

The Lehman Brothers collapse set off a chain of events that weakened our economy, but enriched our national lexicon. If there is a signature phrase from the financial crisis, it’s “Too Big To Fail.”

The expression took root the day after the government stood by as Lehman filed for bankruptcy, the biggest in U.S. history. On Sept. 16, 2008, Washington rushed in to bail out American International Group. The insurance giant was heavily involved in backing toxic mortgages, and authorities worried AIG’s collapse would take down the U.S. financial system because the company had grown so large.

“It’s dangerous like nuclear power is dangerous,” MIT economist Simon Johnson says of unbridled growth of financial companies before the crisis. “If you want to keep nuclear power you’ve got to have a lot of fail safes.”

Follow the key events before and after the Lehman Brothers collapse, and see how the financial crisis unfolded. Follow the timeline

Since the crisis, Washington has tried to create some fail safes, like the Financial Stability Oversight Council. Its job is to identify companies that are too big to fail, then put them through financial and regulatory hoops to make sure they don’t fail.

The list of “systemically important financial institutions,” or SIFIs as they are known, includes all U.S. bank holding companies with assets of at least $50 billion and a firm one might not expect: General Electric.

GE is popularly thought of as a manufacturing company: light bulbs, refrigerators, jet engines. But it also has a lending arm called GE Capital.

GE went into finance during the Great Depression to help customers finance appliance purchases. Then GE Capital grew in a behemoth doing everything from processing Banana Republic credit cards to writing subprime mortgages during the housing boom.

GE Capital has assets of more than $500 billion and last year generated about one-third of GE’s profit. Even before the government designated GE as too big to fail in July, company executives mapped out a strategy to go back to its roots by shrinking its finance arm and focusing on manufacturing. This month, it announced plans to spin off the credit card business of GE Capital, in part to avoid heightened regulation.

“Gee, all this regulation of GE Capital is going to interfere with our manufacturing operations,” White says of the company’s thinking. “Maybe better that they go their way and we go our way.”

He adds that GE is an example of how the too-big-to-fail regulation can keep companies to a manageable size. But others see GE as the exception.

Johnson adds says calling a company too big to fail brings regulator hassles but business benefits as well: The designation alerts lenders that the government won’t let that company go under, thus making is a safer credit risk.

“You’re giving an implicit subsidy to firms that increases when they are larger and when they take more risk,” he says. “You’re basically encouraging exactly the kind of behavior that can cause crises.”

Indeed, as GE tries to shrink its finance operations, the countries biggest banks are significantly bigger than they were before the financial crisis, and they’re still growing.

CORRECTION: An earlier version of this story incorrectly implied that the list of banks and insurers deemed too big to fail consisted of only American companies. The numbers included foreign companies as well. The text has been corrected.