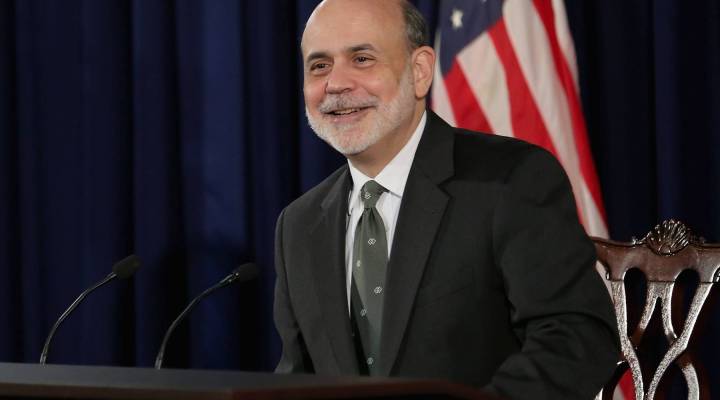 Forget the Caribbean, if you’re an economist or a finance type, the only place you want to be right now is Wyoming. Jackson Hole, Wyoming to be specific, where the Federal Reserve’s annual Economic Policy Symposium kicks off today.

]Three years ago it was in Jackson Hole that Federal Reserve Chairman Ben Bernanke signaled a new round of bond buying, known as quantitative easing, to boost the economy. This year, it’s all about when the Fed will scale back its stimulus.

“It’s a really important time for the economy and the Fed and the markets,” says Michael Farr, president of bond investment company, Farr, Miller & Washington and author of Restoring Our American Dream: The Best Investment. “We’re listening very closely to every utterance out of Jackson Hole.”

Farr says if we hear buzz words like ‘soft recovery’ or ‘stalled recovery’, it could hint the Fed will keep the money coming. But hints about when the Fed will start tapering the stimulus may be hard to come by, says Bill Stone, chief investment strategist at PNC Wealth Management.

“Without Bernanke being there , it doesn’t seem likely that we’ll get any sort of major clues on timing from Jackson Hole,” he says. Stone adds the other topic of interest at the meeting is who will succeed Bernanke, but he doesn’t think we’ll get much information on that front.

“We don’t seem to be getting a clue as to who the next Fed chairman is either,” says Stone.

Well, they are in Jackson Hole. Less news does mean more time for hiking and fly-fishing!