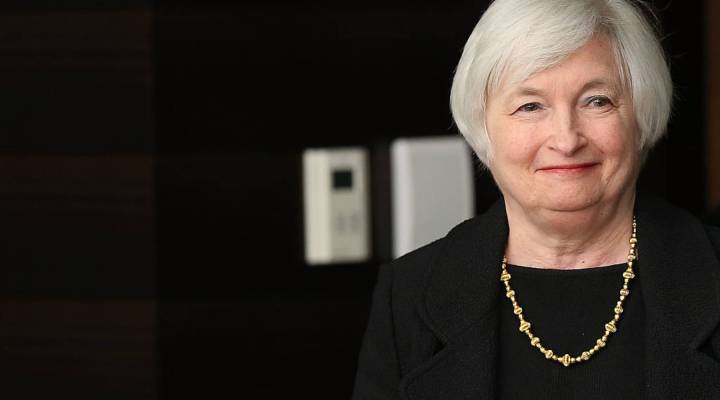 The smartest monetary policy brains in the world are meeting this weekend in Jackson Hole, Wyoming, for the annual Jackson Hole Economic Policy Symposium. Think of it as Federal Reserve summer camp before the heads of monetary policy go back to work. Economist Bill Nelson joined Marketplace Weekend to help us understand the state of the economy that will be discussed during that meeting. Nelson was former deputy director of Monetary Affairs at the U.S. Fed, brought in during the financial crisis to study bank regulation. Now he’s chief economist at The Clearing House, the oldest banking association in the country.

He said, “the U.S. is in a good place.” Here are some reasons he thinks we can finally take a deep breath as we look at the financial stability of the country.

Nearly ten years after the financial crisis, the Fed sees itself in a good place. Nelson says the Fed “is beginning to feel comfortable normalizing interest rates. There is still concern to some extent about the inflation that’s running persistently below where they would like it to be at 2 percent. But the unemployment rate’s fallen to record lows, and you know, overall, it does seem like a pretty good place.”

Unemployment rates are staying low. In deciding how to maintain a healthy balance between the safety of the financial system and growth, Nelson believes keeping the unemployment rate low is paramount. “The biggest, most catastrophic thing that can happen to a household is for the wage earner or wage earners to lose their jobs… keeping unemployment low is the best thing the Fed can do to encourage income equality.”

The push-back on regulating financial institutions is okay. Coming out of the crisis, Nelson said it was “appropriate to tighten up on regulations.” The trade-off between reduced economic activity but greater financial stability was widely accepted at the time. “But right now when people study this problem they say, you know, we’re about at the point where that trade-off is looking, you know, pretty even.” But, he cautioned, regulations should be well thought out. “There are some regulations that are just not well designed and if a regulation is not well designed it doesn’t give you that financial stability benefit, but it does reduce economic activity.”

Fed Chair Janet Yellen might stay for a second term. Or, at least, Nelson hopes she might. “I think that it would be a pretty pretty solid choice to keep her on,” he said, though he’s not sure she will stay if asked.

The general consensus among economists is that the Fed will increase interest rates in December to encourage inflation to move to its target rate. Nelson hopes that when that happens, monetary policy-makers will take a step back to reflect on the next move. “I would expect at that point they might want to sit and await developments a bit before going further.”

For the complete interview with economist Bill Nelson, click on the audio player above.