The business strategy in plausible deniability

The business strategy in plausible deniability

After large cracks were discovered on Tuesday at the Rana Plaza factory complex in Sava, Bangladesh, managers at a bank on the first floor kept their employees out.

Managers in the garment factories on the upper floors ordered their employees to stay. The building collapsed the next day, killing at least 230 people.

“It’s worth thinking about the psychology that would cause factory managers and owners to send workers back into a building that has developed an obvious structural flaw,” says Scott Nova with the Workers Rights Consortium, a labor rights monitoring organization.

He says large apparel companies have multiple contractors in a place like Bangladesh. Each of those contractors hires sub contractors, and then sometimes sub-sub-contractors — all of them competing against one another. Nova argues apparel retailers use this structure to lower both price, and accountability.

“That inevitably results in an impossible squeeze on the factories actually producing the products,” Nova says, “that guarantees factories will cut costs by operating unsafely, but without Walmart’s or Gap’s or H&M’s finger prints actually having to be on it.”

Jan Hammond, professor of manufacturing at Harvard Business School, says retailers must contract with many different factories in a place like Bangladesh in order to meet demand.

And that distance may offer smaller, private label retailers a place to hide from the responsibility of knowing exactly what’s going on on the factory floor of a subcontractor several levels down the supply chain.

“Its not as clear to me whether its intentional or not, to not know,” says Hammond of such companies.

“I’ll never forget the time a retail CEO said to me that he didn’t allow a certain plant to subcontract,” recalls Hammond. She asked how much of his garments he sourced from that plant, and when Hammond had the opportunity to visit that location, she says “it was clear to me that this plant could never create the volume that this particular individual said was being produced there.”

“I see no proof,” he says, that these companies are willfully turning a blind eye to poor management practices at the bottom. “The big labels based in the U.S. are in fact very concerned about the situation,” he says, because of negative publicity.

Walmart has started auditing factories that produce for them. After a deadly factory fire in November of last year — also in Bangladesh — Walmart announced it would permanently ban any supplier found to be subcontracting to unauthorized factories.

Bill Chandler, vice president of global corporate affairs with Gap Inc., says his company has programs in place to help improve factory working conditions, including a fire and building safety action plan for factories where the Gap does business.

Companies differ in the extent to which they audit factories, and it takes vigilance to have well trained auditors make their presence felt over time. As the most recent building collapse shows, there continue to be tragic outcomes.

“Truly I don’t think this is rocket science,” says Harvard Business School’s Hammond, “you just have to say what your standards are.”

Hammond points out the garment industry has helped develop many countries, including Britain and the United States, but “there’s a little too much pressure” on the system in developing countries right now. Wringing every last cent out of suppliers has a price, she says.

Ultimately, the pressure driving the cut throat competition for cheaper clothing comes from one place.

“American consumers want to buy clothes for low cost,” says Nicholas Bloom, professor of economics at Stanford University, Companies — even big ones like Walmart or Target “are just rats in a maze. We are the maze.” 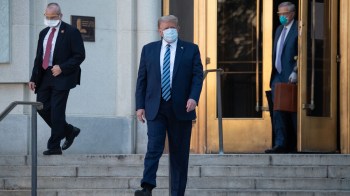