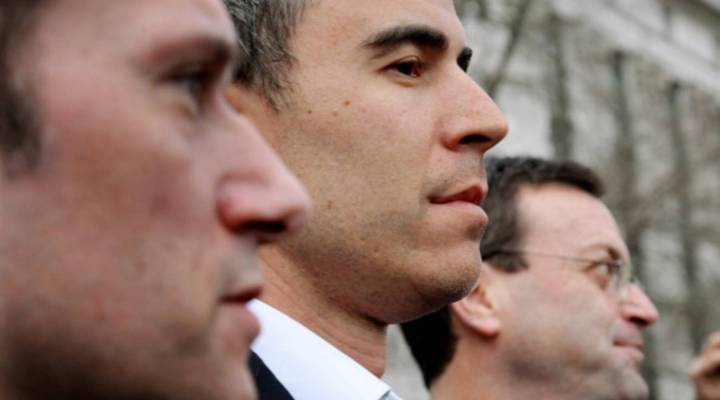 For one hedge fund: A heartbreaking week of staggering gossip

For one hedge fund: A heartbreaking week of staggering gossip

Hedge fund trader Michael Steinberg pleaded not guilty to charges of insider trading today, after he was led away from his Park Avenue home in handcuffs.

The spectacle turns up the heat on his employer — SAC Capital Advisors — one of this country’s biggest hedge funds. Even though just a few weeks ago, SAC paid $600 million to settle separate allegations of insider trading.

It’s been quite a week for Stephen A. Cohen, the namesake behind SAC Capital Advisors, who paid $155 million for a Picasso painting. That was all before we learned that Cohen bought $60 million beachfront home in the Hamptons.

“A big week for SAC Capital and Steven Cohen. Maybe not the best big week,” said Max Wolff, a senior economist at Greencrest Capital. “Keeping SAC open at this point as well as keeping to the conspicuous consumption schedule that Mr. Cohen is very famous for are part of an attempt to show that business will continue to go on.”

Cohen’s hedge fund has been under pressure for six months as insider trading allegations mounted. Additionally, investors have pulled almost $2 billion out of SAC Capital.

“Very few individuals have been tagged with insider trading and have been able to go forward with any kind of credibility,” said James Cox is a professor of securities law at Duke.

But, to some, this feels a bit like the world has changed.

“This almost feels like the end of an era,” said Marion Maneker, talking about Cohen’s art collection. Maneker said Cohen blazed a trail for financiers collecting art. “He’s not really doing something he’s hasn’t done in the past.  He’s just coming back to a place he was in 2007.”