In defense of clowns

In defense of clowns

This final note today. A moment of levity courtesy of the Italian elections last week, in which Silvio Berlusconi came back from the political dead and the comedian Beppe Grillo became a legitimate political power.

A couple of days after, the leader of the German opposition said, “I’m horrified those two clowns won the election.”

That prompted this response from the director of Germany’s Circus Roncalli: “Being a clown,” he said, “is an honorable, very difficult, sensitive and artistic occupation.” 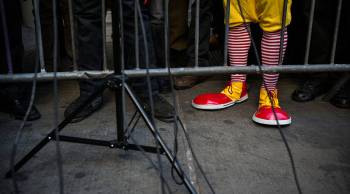