Japan’s two main airlines have grounded their Boeing 787 Dreamliners after another incident on board. One of the planes was forced to make an emergency landing in Japan shortly after take-off due to battery problems.

All Nippon Airways has grounded its fleet of 17 Dreamliners and Japan Airlines says it will ground its fleet of seven 787s from today until further notice.

This is just the latest setback for Boeing and its Dreamliner planes, with issues including fuel leaks, a cracked cockpit window, brake problems and an electrical fire.

But the BBC’s Rupert Wingfield-Hayes in Tokyo says despite the problems, Japan is not about to ditch the Dreamliner. “Japan is heavily committed to the Dreamliner. Not just from the airlines but industrially as well. Japanese companies make about 35 percent of all the components in the aircraft including those spectacular carbon fiber wings. So Japan has a lot riding on this plane, they’re not about to pull out of this project.”

Still, the technical problems, and inspections by U.S. and Japanese aviation officials, are a setback for Boeing, says aerospace analyst Richard Aboulafia at the Teal Group in Virginia. “What you’ve got is the continuation of what’s basically been a five-year crisis. And it doesn’t end just because you get the plane in service.” The Dreamliner was already several years delayed and seriously over budget when it finally rolled down the runway in its maiden flight back in September 2011.

So far, though, Aboulafia thinks the 50 Dreamliners already in service are just suffering the typical ‘teething pains’ of a complicated new high-tech aircraft.

“They’re unlikely to find any real show-stoppers that say ‘this entire technology is invalid,’” says Aboulafia. “What they’ve simply got is a bunch of quirks and occasional defects. There’s a lot of work ahead, and a lot of risk. At the end of the day, I still think the plane will be vindicated. It’s just going to be a painful, expensive, and at times, ugly process.”

“The A-380 — the giant Airbus — has had its own problems with wiring,” says Gritta. “It’s just kind of the nature of the beast these days.”

The problem is that both airlines are late getting to market. Meaning, it’ll be a long time before they rake in enough money to break even on these next-generation jets. 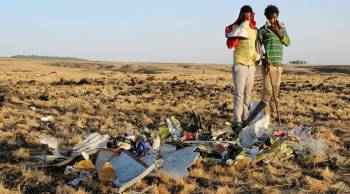