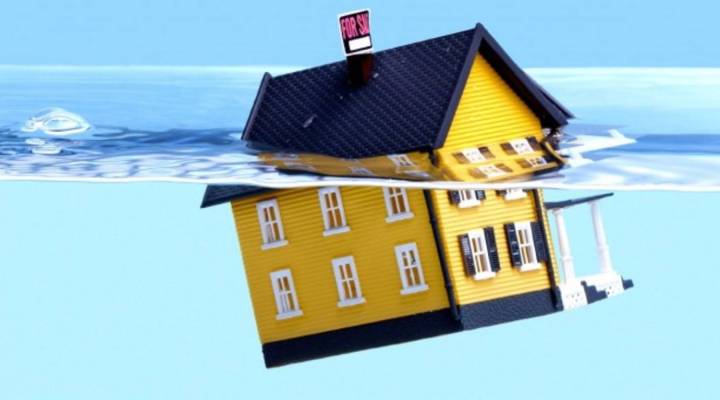 Shining a light on the shadow inventory

The housing market looks better, but what about the so-called shadow inventory? iStockPhoto
Marketplace Whiteboard®

Shining a light on the shadow inventory

The housing market looks better, but what about the so-called shadow inventory? iStockPhoto

Things are looking up, up, up in housing. The S&P/Case–Shiller U.S. National Home Price Index says property values in the year ended in September rose by the most since July 2010; housing affordability is at an all-time high, household formation and homebuilder confidence is up, and housing inventory is down. The Wall Street Journal quoted JP Morgan Chase’s Jamie Dimon today saying, “Everything about housing is flashing green.”

But hold on a second…what was that about housing inventory? It’s down? But what about the dreaded shadow inventory that we were so worried about a year ago? That’s the millions of unsold homes sitting on bank balance sheets, rotting slowly on their foundations and blighting entire neighborhoods around the country. The concern was that as soon as the housing market began to pick up, the banks would sell those homes out as fast as possible, and throw a wet blanket over our economic recovery. Yet here we are; the market’s picking up, but the banks apparently aren’t doing what we feared.

So what happened to the shadow?

But it’s a lot smaller than it used to be. Banks have gotten smart about dealing with defaulting lenders. Several years ago, they took a hard line and booted people out of their homes, opting to recover their investment through foreclosures. They soon realized this was a bad idea, and learned they could salvage more of their investment by keeping people in their homes and taking the short sale route. The government home assistance programs have been helping, too, and the net result is that much of the shadow inventory has been mopped up over the last year or so. 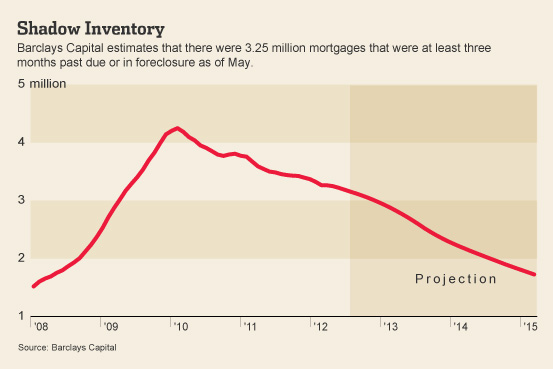 And it’s not lurking in every neighborhood. Our housing market is regional, not national. Compare West Los Angeles with East Los Angeles for proof. Some neighborhoods are plagued by foreclosed homes, others have none. So the shadow is still cast long in some parts of the country, such as Florida or Nevada, but not in others.

The improving economy is shrinking the shadow. Sure, we’re still in the doldrums, but with more people at work and working more, those mortgage payments are making their way to the banks in more cases and there a many fewer distressed properties out there now.

The lack of construction helped out, too. This is changing: homebuilder confidence numbers are soaring right now, as contractors and builders anticipate going back to work — and in some markets they are going back to work. But they’ve been through a long, dry spell, during which buyers stepped up and bought many of those distressed homes.

And investors are stepping up in a big way. With lending standards and credit availability still very tight, it’s tough for ordinary Americans to get mortgages. So they’re renting. That’s making it unusually profitable to be a landlord, so people with money in the bank are making the leap and snapping up homes, which they then renovate and rent out. Other investors are buying up homes at deep discounts from banks in private sales, with a view to turning them around and flipping them for an often substantial profit.