PODCAST: The zero bound, getting out of work unfound

PODCAST: The zero bound, getting out of work unfound

This latest earnings season continues today with profits from two of the country’s largest banks. JPMorgan Chase beat expectations handily, with record profits, up more than a third from last year. Earnings also beat expectations, though not so dramatically, at Wells Fargo. This wave of bank earnings will be closely parsed to get hints on where the economy and the stock

Martin Luther King, Elie Weisel, Aung San Suu Kyi — to these Nobel Peace Prize winners today we add the European Union. It’s actually not that odd — looking back over the last 20 years, you can count a half-dozen times the Nobel Committee has honored an organization — though it’s rare to only honor an organization. The last time was Doctors Without Borders in 1999. The EU gets the Nobel for fostering peace and reconciliation in Europe in the six decades since World War II.

The producer price index — prices received by U.S. companies — rose more than a percent last month. The main culprit, as usual these days, was the price of energy — which was up almost 5 percent. Without energy, producer inflation was flat.

Get ready for the ad blitz for Windows 8 to start this weekend. People can start ordering the new operating system today, though it will actually be available on October 26th. The web browser that says it’s “got your back,” today kind of has its back against the wall. This week, Firefox had to recall the most recent version of its browser because of a security problem.  The Postal Service says the price of a stamp will go up January 27th, to 46 cents. The USPS also plans to introduce a new global “forever stamp.” That’ll cost $1.10 to start.

If you’re like me, it was hard to resist pulling up social media during last night’s debate. On PBS, at least, I find it notable that even the pundits work Twitter reaction into their analysis. This morning we talked with the CEO of Twitter, Dick Costolo — about its new place in our civic firmament.

As we saw last night, politicians will strenuously debate the extent of the economic recovery. But just about everybody can agree it is sluggish. Some economists fear the recovery is so sluggish, it’s possible we might never really climb out before the next recession inevitably comes along — at least not with the policy menu we’ve got now. Which is why some economists are speculating on what you might call “nuclear option” scenarios.

A couple weeks into the fall TV season, viewership is down 11 percent across the major broadcast networks. This is the biggest season of the year for rolling out new content. Is it the shows, is it us? And how worried should they be in TV Land?

For folks excited about the prospects of mining in outer space, here’s something to really drool over: Researchers at Yale are reporting on a planet twice the size of Earth that they believe is made up in large part of diamonds. Now, before the De Beers folks start building their rocketship, the planet is 40 light years away. Interestingly, the part of the planet not made of diamonds seems to be made of graphite. Which could be a giant boon to the pencil industry of the distant future.

And finally, last time you called in sick to work, how sick were you, really? Now, I’m sure you were completely incapacitated, right? But other people — not so much. A new CareerBuilder.com survey found a third of workers admit calling in sick over the past year when they weren’t. The survey also asked employers the most memorable excuses they’d heard for missing work, and they include: Toe stuck in a faucet, dog is having a nervous breakdown, suffering from a broken heart, and grandmother’s body is being exhumed today. 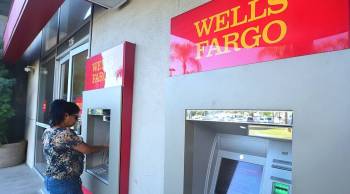