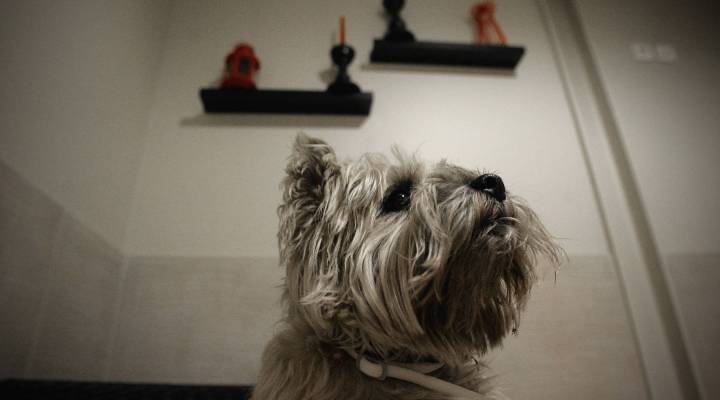 PODCAST: A pet love hotel, a particle accelerator for your living room

PODCAST: A pet love hotel, a particle accelerator for your living room

Remember back in April that famous 1895 Edvard Munch painting the “Scream” sold to an anonymous buyer for $120 million, well the Wall Street Journal appears to have identified the buyer. It’s Leon Black, who didn’t confirm or deny the Journal’s reporting. Leon Black is the founder of the private equity firm Apollo Global Management. His fortune is said to top $3 billion.

The UK is putting 3,500 additional military personnel on standby after the private contractor G4S said it won’t be able to provide enough security for the Olympics which start two weeks from tomorrow.

Meanwhile, the Labor Department said this morning that the number of people applying for unemployment benefits fell by 26,000 last week to 350,000.

If the discovery of the Higgs Boson subatomic particle has you itching to partake in particle physics, you can follow the lead of designer Patrick Stevenson-Keating. He made a working particle accelerator and set it up in an Italian department store. He says you could even install it on your kitchen table. Maybe just run that by your spouse, first.

Here in this country — the worst drought since the 1980s has prompted the department of agriculture to cut its forecast for this season’s corn inventory by 37 percent. That’s likely to mean higher food prices for people around the world.

Finally, to Brazil which has the second largest dog population in the world after the United States. 32 million strong, according to the Telegraph Newspaper, but apparently not strong enough. For one couple, that is opening up a Pet Love Hotel. Dog owners can pay $50 a day to send their dogs into rooms with heart shaped mirrors on the ceiling and romantic lighting. The Pet Love Hotel will also feature a fitness center and meeting space for dogs to celebrate their birthdays.