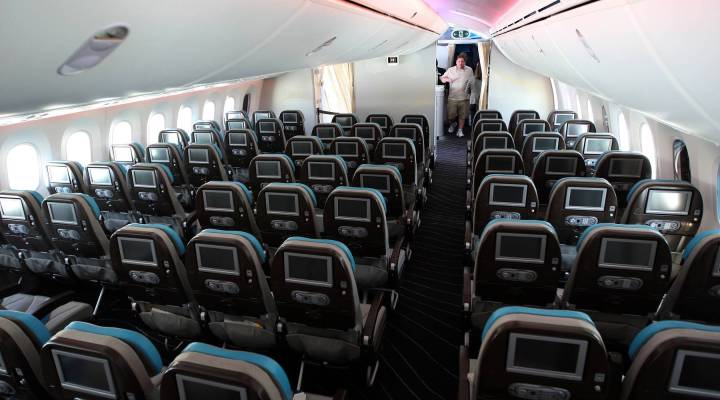 Stacey Vanek Smith: British Airways is getting some flak from privacy watchdogs about its new Know Me program. BA will create a little database about business class and first class passengers, including photos from Google images and information gathered during previous flights.  Things like the seat or drink you prefer or if you like an extra blanket.  BA says it’s just trying to provide better service.  This is nothing unique according to Bob Sullivan, a tech reporter with MSNBC.com.

Bob Sullivan:  What they’re doing here is taking data that they already own, because they have a relationship with a customer, and data that’s publicly available, and they’re marrying it to find out interesting things, which, frankly, every company is doing right now.

Everyone from hotels to travel sites to online stores and Sullivan says there could be a real upside.

Sullivan: You and I, and I bet all your listeners out there, you know how often have they really gotten an ad when they were surfing online that was JUST what they wanted? The success rate is actually much lower than the big data people would have us believe. But on the other side the privacy invasions are enormous. And so the cost-benefit to me is really unclear.

It sounds in a certain way like what will set off the “creepy meter” or not has more to do with if we see a value to what we’re trading our data for? I mean, if they bring you a second cookie without you having to ask, is that worth your privacy?

Sullivan: (chuckles) By the way, I’m at an airport, getting on a airplane, if anyone wants to bring me a second cookie, I’ll take it. And again, there are hotels that give you a cookie and that feels great. But to do so, they don’t necessarily have to acquire the right to know what kind of cookie you like and sell it off to a big cookie-making company. And you know, there’s the direct way and the sort of passive aggressive way, if you will, of watching us. And I think companies stress the passive way far too much, and don’t simply ask directly what our preferences are.

Sullivan says it’s a tricky balancing act for companies now: Trying to offer the personalized service we’re starting to expect without registering on the creepy-meter. And often companies use our information in ways that do help them serve us better says Ryan Calo, a law professor at the University of Washington

Ryan Calo: The idea is when you walk up to the kiosk,someone might greet you by name. They’ve seen that you’ve complained in past about not being given the seat that you wanted and so they make sure you get seat you’re supposed to. Or if you don’t they are very apologetic about it.

But, Calo adds, there is some truly creepy stuff companies can do with that information.

Or maybe you just have to borrow your rich friend’s computer!

Social media can be great—it helps us get in touch with long lost friends and stay in touch with loved ones who are far away.  But researchers at the University of Salford in the UK found social media is making us feel bad.  About half of the people they surveyed said Facebook- and Twitter-time made them feel worse about themselves, because they started comparing their lives and accomplishments to the lives and accomplishments of their friends. About two-thirds had trouble relaxing and sleeping after spending time on social networks. Let’s face it, we’ve all been there.

(From HBO show Girls) Marnie: He and Audrey went to Rome. And he was making all those wishes at those, like, overrated fountains and they, like took a bajillion pictures of it.

Adam: This is your ex-boyfriend?

That’s a clip from the HBO show Girls.  And taking social media away doesn’t solve the problem. The Salford survey also found people became unhappy and anxious when they couldn’t access their Facebook account.  Social Media: Can’t live with it, can’t live without it.