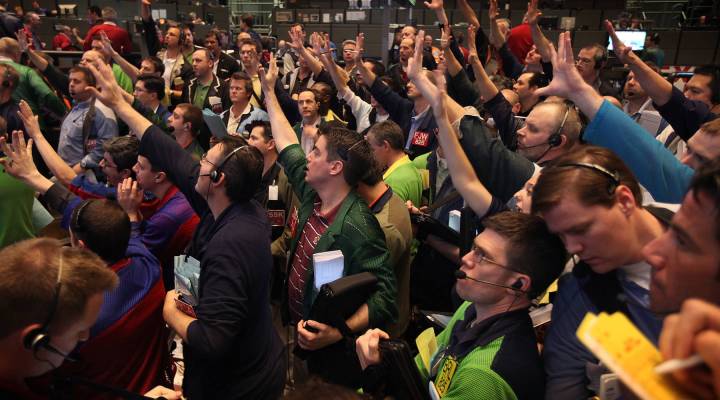 Josh Brown is a partner with Fusion analytics here in New York. He joins us live. Good morning, Josh.

Vanek Smith: So Josh, why are US bonds hitting a record low right now?

Brown: You know this is the same risk off trade that is occuring around the world, and in theory U.S. Treasuries, specifically in the 10-year variety and shorter, are essentially the risk off trade place to be if you are worried about asset prices, stock markets, commodities, et cetera continuing to sell off.

Vanek Smith: Now we are seeing the opposite situation in Europe this morning. We got word that Spain’s borrowing costs have hit a high for the year, 6.5 percent compared to our 1.6 percent. Borrowing costs are rising in Italy too. What does that mean for Europe?

Brown: Well it’s certainly not welcome news. Well the Europeans, I suppose, think that they have an infinite amount of time to have these fantastical summits and debates, but truthfully what’s been happening for the past two years is starting to speed up again. We had a little bit of a respite, but now the game from last fall is back on. Headlines, rumors, comments from various ministers of all sorts of acronyms and the market is bascially saying we don’t believe that Spain has a credible solution, number one, and number two, their arms around just how big this problem is.

Vanek Smith: How serious is the situatin in Spain, is this like the next Greece?

Brown: Well, its being treated like its the next Greece. It’s a very different country and situation than Greece, but the similarity they both have obviously is an unsustainable debt level, banks that have way too much liabilities, and you know once again like Greece, there really isn’t any realistic plan other than pounding their table demanding that the rest of Europe do something about it.