Kai Ryssdal: I have no idea how to set up this next story other than to say I am 100 percent not surprised that owls aren’t the charming pets they seem to be in the world of “Harry Potter.” There are reports from the U.K. that disillusioned-wizard-wanna-be’s are surrendering the birds they bought.

Marketplace’s Adriene Hill is on the owl beat today.

Adriene Hill: When “Harry Potter” came out, kids wanted their very own Hedwig.

Catherine Redfern: We do get a lot of requests from people asking us to sell them an owl because they would like to have one as a pet.

Catherine Redfern is with World Bird Sanctuary, which breeds owls for release into the wild and for educational facilities. For a while, she says, they were getting a couple of calls a day from people just desperate for a pet owl.

Redfern: We deflect those very quickly.

For one, it’s illegal in most cases to keep native owls in the U.S. You need permits and licenses. Also, owls make terrible pets.

Andrew Hulme manages the Suffolk Owl Sanctuary in the U.K., where owl laws are a little more lenient. He’s still not a pet owl fan.

Owls also need a lot of space. They eat whole animals. They live for decades. They sleep when you’re awake, make noise when you’re asleep, and they have beaks and talons meant to tear flesh and bite through bone.

Susannah Conard: So they are not going to be cuddled or snuggled.

Susannah Conard is with the John James Audubon Center at Mill Grove. She says owls might also eat your other pets.

Conard: He would be your solo companion absolutely ’cause you could not have like hamsters or mice or kittens or chihuahuas or anything else — no, no, no, it would just be prey to them.

Hill: Tell me, can an owl deliver a letter for me?

Conard: Can they be trained? Yes, but it’s a bad idea. Can it deliver a letter? No, it would shred it. 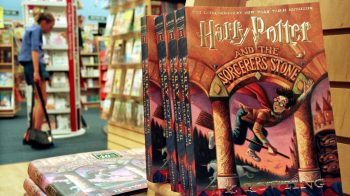 Automatic Reply: “I am unable to reply to your eckeltronic mail”