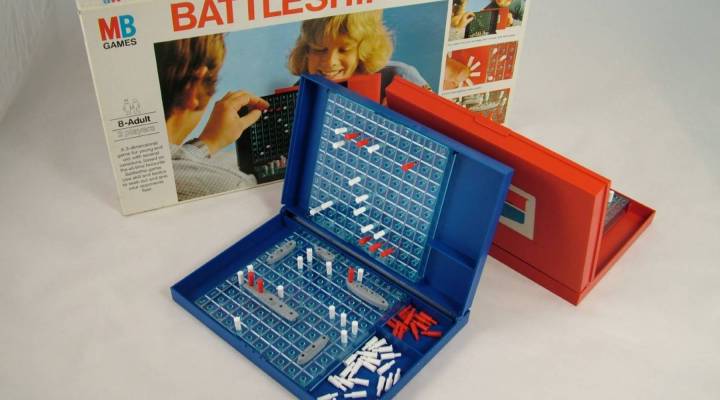 What makes a movie?

These days, a well-established brand can be as valuable as a screenplay. At least that's what the makers of the movie "Battleship" are hoping when the film version of the popular board game opens this weekend. unloveablesteve / Creative Commons

What makes a movie?

These days, a well-established brand can be as valuable as a screenplay. At least that's what the makers of the movie "Battleship" are hoping when the film version of the popular board game opens this weekend. unloveablesteve / Creative Commons

Jeremy Hobson: Two big Hollywood movies hit theaters this weekend — “Battleship” and “What to Expect When you’re Expecting.” One based on a board game; the other on a book about pregnancy.

As Marketplace’s Stacey Vanek Smith reports, both films will leverage the power of strong brands.

Stacey Vanek Smith: Getting from this:

“Battleship” clip: It’s still unclear exactly what it was that hit Hong Kong! My god!

Might seem like a stretch. But USC film professor, Marty Kaplan, says a lot of blockbusters have come from unlikely places: “Pirates of the Caribbean” was a ride at Disneyland; “Tomb Raider” was a video game. Kaplan says movie studios are hoping to leverage the value in those brands.

Marty Kaplan: Movie studios will latch onto anything that already has some kind of recognition. I wouldn’t be surprised if Chiquita banana were the star.

Porter Bibb: The after-market which they counted on so voraciously, the DVD business is disappearing and the international market is getting to be very selective.

Bibb says we can expect to see more familiar names and titles — and maybe even some bananas — on the big screen this year.