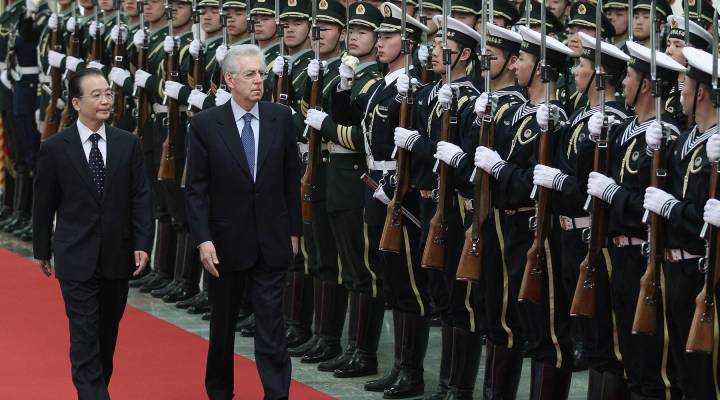 China’s premier calls for break up of bank monopoly

China’s premier calls for break up of bank monopoly

Stacey Vanek-Smith: A top Chinese official called for the country to crack down on its bank monopoly. Small businesses have had trouble getting loans and that’s putting a damper on China’s growth.

Vanek-Smith: Tell us Martin, what exactly is China proposing to do with the banks?

Patience: Well I think what Premier Wen Jiabao wants to see is these banks offering greater loans to smaller, private businesses. Now until now, we’ve seen these types of banks, they tend to favor loaning to state run enterprises and often, smaller businesses have been starved of capital. Why does that happen? Well often these state owned enterprises, as the name suggests, are backed by the government so therefore, the banks almost have no risk of default on these debts.

Smith: Is it unusual of a think for a communist country to be breaking up a monopoly? It struck me as strange when I read the story.

Patience: Well I do; I think what you have to understand about China, it still does have a Communist party but certainly when it comes to its economy, it is run along market lines. But what authorities here want to see going into the future is smaller enterprises, small and medium enterprises playing a bigger role in China’s economy. They believe that these enterprises will be able to drive profits and growth and most importantly, create jobs in China because they fear, that if there is a downturn in the economy that high unemployment could lead to serious social unrest.

Smith: Why are the Chinese so concerned about bank behavior right now?

Patience: Well what we’ve seen in terms of small and medium sized businesses is that they’ve been going to underground lenders, so called “informal lenders” and they pay a higher interest rate on loans than they do compared to the official rate and what the authorities worry about is that we could see an explosion of bad debt when it comes to small and medium sized businesses.

Patience: What we’re seeing from Premier Wen Jiabao is a greater push for economic reform. What he wants to see is the State having a lesser say in how the economy is run and private entrepreneurs and private businesses having a bigger say because they believe, in the future, that is what is going to drive growth in China when it comes to technology, innovation, then that is going to be the business of these small firms.

Smith: The BBC’s Martin Patience from Beijing. Martin, thank you.