Could BlackBerry be flattened?

Could BlackBerry be flattened?

Jeremy Hobson: The maker of BlackBerry, Research in Motion, will give us what could be its most important quarterly earnings report ever tomorrow. The company has struggled to compete with its rivals and hired a new CEO in January. But many analysts aren’t convinced it has turned itself around.

Jennifer Collins: Research in Motion is at a make-or-break moment.

Laura Didio is an analyst with ITIC.

Laura Didio: RIM is in the exact position that Indiana Jones was in ahead of that giant boulder. They’re really in danger of being flattened by the competition.

Analysts expect the company to barely hit the low end of sales forecasts. A RIM tablet hasn’t taken off, and BlackBerry’s been losing share of the business market as many companies offer employees iPhones or Android devices.

Didio: When your competitors are Apple and Google, you can’t afford even the tiniest misstep. And they’ve had several.

Carl Howe, Yankee Group V.P. of research, says, just like a certain archeologist, BlackBerry may not be doomed yet.

Howe: One of the things we still hear from consumers is these are some of the best devices for doing things like making phone calls, something we lose sight of in this touch based environment.

Howe says things could improve when BlackBerry releases a new line of smartphones later this year. 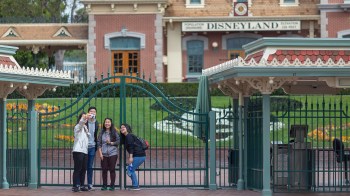