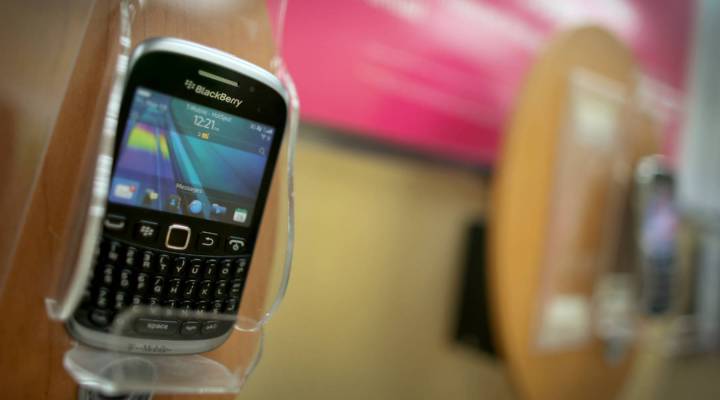 The iconic “work phone” will no longer be produced by Blackberry. Yesterday, the company said it will outsource production of future phones. Of course, it doesn’t sound like there’s a line out of the door for them. Blackberry will now focus on “providing state-of-the-art security software for devices.”

As Blackberry moves on from making smartphones, we asked how people felt about the end of this era:

RIP Blackberry. Today, the company said it will stop making phones to focus on making security software. Did you have one? Do you miss it? pic.twitter.com/ey6qUKPtYX

Love my Galaxy7, but gonna miss my Blackberry for work. Yeah I said it!? https://t.co/3M1vq3rorK

I will always miss the raised keys of my first BB. https://t.co/wNK7GEZ392

@mollywood @MarketplaceTech Best part re. BB was BB messenger app. Colleagues used to message each other under conf room tables in meetings.

@Marketplace Aw. I did kind of love that tiny clicky keyboard.

And of course, we’re all wondering what the President is going to do:

Doesn't President Obama (@POTUS) use one of these? What's he going to do for a phone now? https://t.co/ytlSE2poXe

We also ventured out to midtown Manhattan to find out how people feel about the phone’s demise. One salesman shared his fond memories of the device. Click the above audio player to listen.