Pardon the D-Day reference, but an entire graduation of 20-somethings are currently pinned down on the machine gun-strafed beaches of the job market, and for the helicopter parents who raised them, not getting involved in the job-search process is a herculean task.

From sending their kids to job interviews with pre-prepared responses to interviewers’ questions to actually attending their 22-year-old’s interview in person, Lesley Mitler has heard it all. She runs a business in New York City called Priority Candidates that advises college students and recent grads on how to get a job.  Mitler admits to Marketplace’s Sarah Gardner that she’s even guilty of some “helicoptering” herself.

“It’s a very nerve-wracking experience,” says Mitler. “This is probably the first time in our son or daughter’s life, that we don’t know what they’re going to be doing next. It’s always been laid out for them; they’ve always known they were going to be in school, then they were going to have an internship or a summer job, or whatever was coming next was predictable. And then, all of a sudden, they don’t know what’s next, and it’s a very anxiety-producing feeling for both the students and the parents.”

Finding a job today is a very different process than it was just five years ago. Mitler says almost 90 percent of open positions aren’t advertised online, where most conduct their job searches, and social media has become a big part of finding a great career opportunity. And if parents don’t realize this or understand the intricacies of Twitter and Facebook, they could end up being bigger hindrences than helps.

As our kids fight the battle of finding their first real jobs, says Mitler, parents should stick to being parents, and leave coaching to the experts. 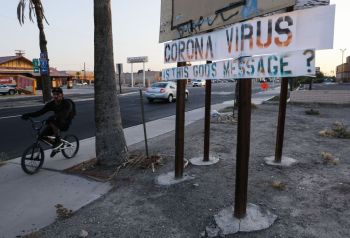