Tess Vigeland: It’s everyone’s favorite old saw, the light bulb joke: How many folk singers does it take to change a light bulb? Two. One to change the bulb, and one to write a song about how good the old light bulb was.

Some people are, indeed, mourning old light bulbs as new government guidelines take incandescent bulbs off the market. We’ve all learned about compact fluorescents by now, and LEDs are on the rise. But tell me this: How many reporters does it take to enlighten you about changes in the light bulb market? Hopefully just one.

Eve Troeh: Make no mistake, they are among you — the light bulb hoarders. They’re often aesthetes, very picky about light.

Katy Model: I get really aggravated by bad lighting, and it just makes me feel super unsettled if I don’t have warm bright lighting.

That’s Katy Model. She’s felt nervous since the summer, when she first learned the U.S. is phasing out incandescents. The reason? George W. Bush signed a law five years ago to kill off inefficient bulbs. But so far, Model hates the alternatives. So, she’s stocking up on the old kind.

Model: I’m already trying to get as many as I can, so yeah. In all other ways I do try to be energy efficient, but lighting I’m just like I can’t.

U.S. companies had to stop making 100-watt incandescent bulbs this year. They’re the least efficient, burning 90 of those 100 watts of electricity as heat — not light. Next year the 75 watters go away. And in 2014 no more 40 or 60 watt bulbs will be made. The law only covers the manufacturing side. There’s no telling when the supply of incandescents will actually run out.

Celia Lehrman: We all still go into fitting rooms and bathrooms and other places where the lighting is not very flattering. And I think people feel that they’re going to have to take that home with them now.

She says if you tried compact fluorescents, those curly Q bulbs, a few years ago and found them too harsh? Buy some new ones. They’re much better now. You can put those early CFLs somewhere you won’t use them much, like the garage. And LED bulbs are getting better, and cheaper, all the time. But Lehrman says it’s not just the quality that bugs people about all the new choices.

Lehrman: Buying a light bulb has been one of those areas where you really didn’t have to know much. It was sort of you picked up a bulb, and they were pretty much all the same. Now, you’re gonna have to learn some new lingo.

OK, but don’t run for your notebook. It’s only two terms, which I bet you can remember just by hearing them.

Instead of watts, now you buy based on Lumens. Like illuminate lumens.

Lehrman: Instead of watts, you really want to look for lumens. Lumens is what tells you how bright the bulb is. The more lumens, the brighter the bulb.

But there’s also the color of the light each bulb gives off in Kelvins.

Lehrman: How warm or cool the light looks, and that’s the color temperature, which is put in Kelvins.

You might remember Kelvin from high school chemistry. Yes, same dead British scientist. Now, to test this knowledge in the field.

Hauer: Uh, we’re currently in aisle one, which is our light bulb aisle.

Troeh: You have eco-bulb party bulbs…

Hauer: Eco-bulb party bulbs, that’s correct. For people who want to go all night, and save energy doing it.

The store still carries incandescents bulbs over 100 watts and under 40 are not affected by the new law.
And there are halogens, efficient enough to pass muster. But people still grumble about selection.

Hauer: The biggest complaint that we get is cost. Your standard incandescent is pennies on the dollar compared with and LED which is more expensive.

Twenty-five times more expensive, but it also lasts years, nay decades, longer than one of those old, cheap incandescents. To help explain the difference in cost over time every new bulb must now have a “Lighting Facts” label. It looks a lot like the food “nutrition facts” label, but with information like brightness, cost per year, and bulb life span.

Dan Thomsen joined me at the store, as well. He’s with The Building Doctors.

Dan Thomsen: We do comprehensive energy audits on homes, to see how people are using and wasting energy.

Yes, he wears medical scrubs to do that. Thomsen says just changing your bulbs can put a big dent in the utility bills.

Thomsen: Anywhere from ten to 20 percent.

But he says new bulbs don’t always work as planned. Put a compact fluorescent in a fixture you constantly flick on and off — it burns out faster. Dimmer switches and three-way fixtures also pose problems. I ask him about my own dining room light, an old six-armed thing with small bulbs, the kind that look like a candle flame.

Thomsen: They do make LED bulbs. We just saw ’em.

Thomsen: LED with the small base. It’s just that I don’t think the light is there yet, in my opinion.

Too piercing, he says. Not soft. So just stick with old school bulbs for the dining room? They’re 25 watt incandescents, not affected by the new law.

Thomsen: The few times you have that lit up, I’m OK with it.

One less decision to make in the light bulb aisle? I just might be glowing. 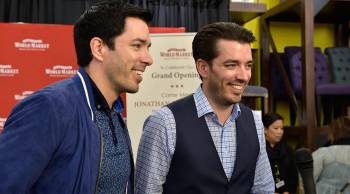