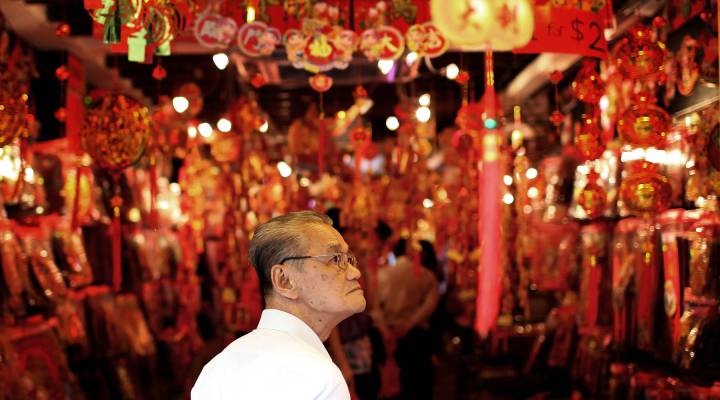 As Chinese prepare to celebrate the Year of the Dragon, more immigrants are opting for the suburbs over urban Chinatowns. Chris McGrath/Getty Images

As Chinese prepare to celebrate the Year of the Dragon, more immigrants are opting for the suburbs over urban Chinatowns. Chris McGrath/Getty Images

Jeremy Hobson: Today’s the day the Chinese welcome the Year of the Dragon, which you’ll probably notice if you live anywhere near a Chinatown. Those Chinatowns remain symbolically important to Chinese-Americans.

But not as many are calling them home, as Marketplace’s Stacey Vanek Smith reports.

Stacey Vanek Smith: The largest Chinese population in New York used to be in Manhattan’s Chinatown. Now it’s across the East River in Queens. The same thing is happening in Chinatowns from San Francisco to Seattle to Boston.

Wei Li: The importance of traditional Chinatown as a residential neighborhood has been declining for some time.

Wei Li is a professor of Asian American studies and geography at Arizona State University. She says nearly three-fourths of Chinese immigrants have come to the U.S. in last two decades. The existing Chinatowns were too small to accommodate that growth. And, says Wei Li, there’s been a socioeconomic shift in those immigrants.

Li: Many of them are wealthy as well as armed with higher education degrees.

And want to buy a house in a good school district, so they head for the ‘burbs. Wei Li says traditional Chinatowns still have role catering to lower income immigrants, older residents and tourists.