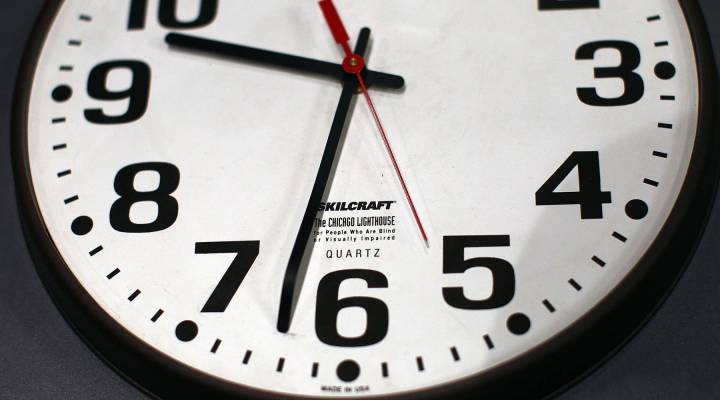 How significant is the leap second?

How significant is the leap second?

Adriene Hill: One second. It doesn’t seem like all that much to worry about — just one little tick. But then again, most of us aren’t members of the International Telecommunications Union. That’s the UN group in charge of synching the world’s clocks. And today, it will decide whether or not to scrap the so-called “leap second”.

As Stacey Vanek Smith reports, the business implications are far from minor.

Stacey Vanek Smith: The world’s computers run on precise atomic clocks. But the earth’s orbit around the sun is not so precise, so an orbit year and an atomic clock year are a little out of sync.

Enter the leap second! John Lowe is with the National Institute of Standards and Technology.

John Lowe: A leap day keeps our calendar all kind of in sync, well a leap second keeps the rotation of the earth in sync.

Every year or so, clocks are stopped until they’re back in sync with the sun. But there’s a push to stop doing that — for one thing, the timing of the leap second is always changing, and it’s hard to coordinate businesses that rely on perfectly synced time.

Geoff Chester is with the U.S. Naval Observatory.

Geoff Chester: Just about everything in terms of communication, transactions use the transmission of digital data.

If those transmissions are off by even by a fraction of a second, he says an email or a bank deposit could vanish — even your GPS uses time measurements to figure out where you are.

Chester says most businesses want to forget the leap second, which means clocks would get slowly out of sync with the sun. But the change wouldn’t happen until 2018.