The era of experts is over

The era of experts is over

When you really want to get some information, do you seek out the answer from a textbook or do you poke around online and ask your friends? If you answered the latter, congratulations, you are the future. At least the future as foretold by David Weinberger, technology pundit and author of “Too Big to Know: Rethinking Knowledge Now That the Facts Aren’t the Facts, Experts Are Everywhere, and the Smartest Person in the Room Is the Room.“

It’s all about collaborative knowledge (perhaps in the future, David can collaborate on ways to arrive at a shorter subtitle). In the book, Weinberger argues that we used to turn to authorities for knowledge but we don’t anymore and we won’t in the future. Everything will be a class project.

“Now the fundamental fact of knowledge is not that there’s a set of experts who talk with one another, but there’s a network. The network itself becomes where the knowledge is. That network overall has more value than any particular participant,” he says.

As for what that means for me, The Regular Person, and how my day will be different, Weinberger says, “Well I think your day is already considerably different and reflects a lot of this. If you have a question, you want to learn something, if it’s simple, you go to your search engine, and you find an answer. But if it’s a more interesting area of knowledge, you will do best if you can insert yourself into or form a network of people, a web of people, who are knowledgeable about this issue and other issues in a wide variety of ways. These sorts of knowledge networks, that show up on all social network sites, are vehicles which allow us to be smarter together than we could be as the sum of the individuals.”

If Weinberger is talking about networks, what about admins? The authorities who oversee networks and are arbiters of what goes on there? Is there a final truth?

“Well, no,” he says. “So I want to be really careful because some things are true and some things are not. And it would be disastrous if we gave up on that idea. However, there’s tremendous power in networking people together and allowing them to argue with one another. When there’s a handful of people who are trained and expert and competent, what comes through their filters is likely to be right and true. And so we get a much safer but much narrower view of the world.”

Weinberger says when knowledge was print-only, it was easier to believe that everyone had reached consensus. Now it’s going to get noisier. “To work out what the from of the argument is, and what’s going to constitute enough evidence, enough truth, that disagreement turns out to be liberating,” he says, “far more than the attempt to force everything through a single arbiter, a single admin, a single filter.”

Also in this program, it’s the Robot Roundup. We hear about robots who can harvest hair follicles, chat on social networks, and flirt. 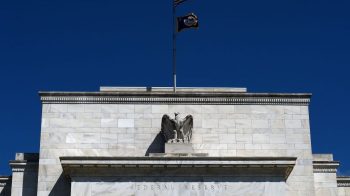 The department that’s helping the Fed look beyond the markets