More From This Show
0:00 / 0:00
With midterm elections approaching, help us make everyone smarter about the economy. Donate Now
GOP Contenders

Jeremy Hobson: Well we’re just a little more than a week away from the Iowa caucuses. And one GOP candidate who’s been gaining steam in Iowa heading into the home stretch is Texas Congressman Ron Paul. As part of a series of conversations
about the candidates economic ideas, we’re going to talk Paul-onomics now with Kevin Hassett. He’s director of economic policy studies at the conservative think-tank the American Enterprise Institute. He’s with us now from Washington. Good morning.

Hobson: Well first of all, just give us an overview of Ron Paul’s economic philosophy.

Hassett: Yeah. Ron Paul’s economic philosophy is kind of a throwback philosophy — he wants to go back to the 19th century of how we ran the country. So he wants to repeal the 16th Amendment of the Constitition; he wants to have free trade; and wants a really, really small government.

Hobson: How do you think that the economy would be different in this country if Ron Paul actually did the things that he wants to do? I can think of, for instance, he wants to get rid of the Federal Reserve, right?

Hassett: Yeah, that’s right. And that’s one of the things I have the most trouble with. Ron Paul is for going back on the gold standard, and that’s a really cockamamie scheme. There’s no government left on earth that thinks that way about monetary policy. And I think that going back to the gold standard would make it so that if all of a sudden somebody finds some gold somewhere, then we’ve got inflation; or you’re shipping some gold across the ocean and the ship sinks, then you know, goes the other way. There are a lot of strange things that happen if you’re on the gold standard.

Hobson: There are going to be some people who hear this interview and maybe they’re Ron Paul supporters, and they will say, ‘Oh listen to this Kevin Hassett; he’s just an establishment Washington guy at the American Enterprise Institute. He just doesn’t want Ron Paul, this outsider, to come in and make real change.’

Hassett: I think that that’s really false. The fact is, Ron Paul has some good ideas — I like the fact that he supports the fair tax. But he also proposes things that are really based on a misreading of modern economics, I think, and sometimes even a misreading of the Constitution. So that’s a strong reason to oppose, I think, the really strange set of policies that make up the Ron Paul platform.

Hobson: Kevin Hassett is director of economic policy studies at the American Enterprise Institute. Kevin, thanks.

Hassett: Thanks a lot.

Hobson: And you can find the economic ideas of all the candidates. Check it out. 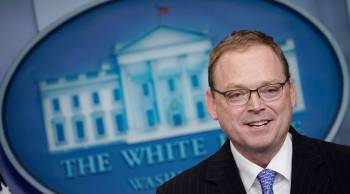 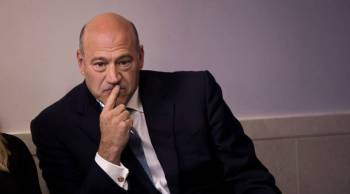