Bob Moon talks to Marketplace’s Heidi Moore and Cardiff Garcia from FT Alphaville about what led to the Republicans agreement to a two-month extension of the payroll tax cut, and what’s ahead for 2012.

On how the House Republicans came to cave in on the deal:

Cardiff Garcia: They really backed themselves into a corner here. The problem was that bipartisan legislation had already been passed in the Senate, so there was no way for them to avoid being blamed for payroll taxes going up on 160 million Americans. And that wasn’t something they couldn’t possibly face, given that we’re going into an election year and there really was nowhere else to turn. It was clear that it would have been their fault.

On whether it was just political, or whether Congress has started listening to economists about the fragile economy:

Heidi Moore: If Congress started listening to economists, that would be a huge departure in their reasoning. No, I don’t think it was that. I do think it was political, but it also showed, in a good way, the nihilism of playing things politically, right? Republicans had managed to grab this kind of populist platform for a little while with the debt ceiling — another big financial issue — and it had claimed that and had gotten a lot of support for it. But now they lost it. They lost something that should have been their own issue on payroll tax cuts, which is a Bush administration idea in the first place.

For more analysis, listen to the full audio above. 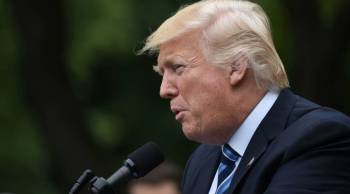