Adriene Hill: Now to German car company Volkswagen and an email policy that many of us could only wish for. Emails outside working hours have been officially deemed “verboten” at the company.

From the European desk in London, Stephen Beard reports.

Stephen Beard: The council that represents VW staff is worried. It believes that work-related emails are eating into workers’ private lives. So the council has struck a deal with the bosses. Employees using a company BlackBerry will no longer be bombarded with messages after hours. VW’s email server will switch off half an hour after the end of the employee’s shift. And will only switch on again half an hour before the next working day begins.

Professor Ferdinand Dudenhoffer is an expert on the German car industry.

Ferdinand Dudenhoffer: I think it’s typical German. Because the Germans want to separate work and leisure times, so there should be no connection. Sometimes that really sounds strange, but it’s German.

“Arbeit ist Arbeit und Schnapps ist Schnapps” is the German expression. “Work is work. And drink is drink.” But that doesn’t mean VW’s German staff are lazy. Far from it. They’ve just produced an extra 50,000 vehicles — as the company strives to overtake Toyota and General Motors in global sales. 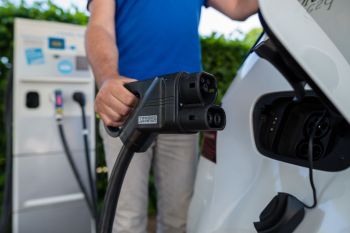