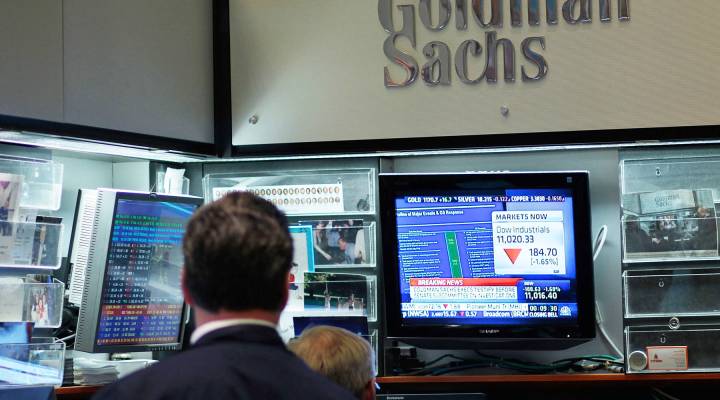 Goldman Sachs announced several months ago that it would make deep cuts in its operations to save as much as $1.2 billion. Today we heard those cuts will go deeper still, and touch on some surprising areas of the company’s business.

The New York Times Dealbook reported that Goldman has gone so far as to trim the size of its drinking cups from 12 ounces to ten ounces. The news that as storied a bank as Goldman has to make cuts this deep is seriously affecting the Marketplace Daily Pulse today.

What we’re really worried about, however, is the effect on Goldman’s origination and trading desks. Smaller cups mean less volume, which presumably means people will be consuming less caffeine, right at the time when they need to be operating at peak performance and working longer hours than ever to save the economy.

Several people have pointed out that Goldman may not just be saving money on cups, but also on coffee. And sugar. They’re both catching a bid right now. Barrons reported recently that coffee is getting more expensive as demand rises across the world.

The London-based International Coffee Organization says that consumption of coffee is rising, particularly in grower nations and in emerging markets. Here in the U.S., many consumers are demanding higher-quality coffee, the National Coffee Association said at a meeting earlier this month in Washington. And according to production figures from growers of gourmet coffee, like Colombia, there just aren’t a lot of those beans. But at current prices, coffee is still seen as an affordable luxury.

Sugar prices are also quite high right now; high enough to get thousands of bakers and confectioners to converge on Capitol Hill last week. They were there to lobby for the removal of the sugar price support program, which they say is keeping prices artificially high and putting people out of work.