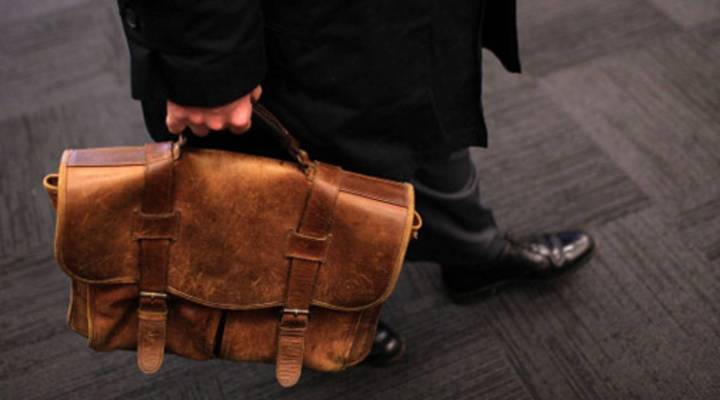 Kai Ryssdal: This week, we’re doing something a little special. A week of jobs: where they’re going to come from, who’s going to pay for them, and today, what happens when people don’t have them.

Best guesses are that in the face of 9 percent unemployment, as much as a third of the American workforce has some kind of non-traditional job. That’s a shift toward freelance gigs and contract work that’s nothing less than a structural shift in how our economy works.

Marketplace’s Stacey Vanek Smith reports the idea of working 9-to-5 for 40 years is going the way of the pension and the gold watch.

Stacey Vanek Smith: Thirty-four-year-old Melissa Holsinger has a law degree from New York University. She has several years of corporate law experience and did a clerkship for a federal judge. But since she and her husband moved from Tennessee to New York last year, getting a job at law firm has proven impossible.

Melissa Holsinger: I thought I would be snapped up, that I had good credentials and I wouldn’t have a problem finding a job. And for the first six months, I don’t think I had a single interview.

So Holsinger took a job at a coffee shop, where a customer told her about some contract work at his law firm. She’s worked for several firms now, with stints varying from a week to several months.

Holsinger: I just sort of just tripped into it. It wasn’t anything I’d planned to do.

More Americans are tripping into the world of contract work and out of the traditional workplace. Some 42 million people are freelancing, juggling part-time assignments and going from gig to gig. It’s part of a major shift in our labor market, says Sara Horowitz. She’s CEO of the Freelancers Union, which offers members access to health care and other benefits. Horowitz says 10 years ago, most of her members worked in areas like media and graphic design, but these days freelancing is a fact of life in every profession.

Ken Goldstein: It not only relieves them of having to pay for the whole benefit package, but also, if things indeed worsen, they can let these people go, because there’s no commitment to keeping these people.

With less opportunity for real job security, many job hunters expect they’ll have to cobble together several gigs. Work and culture expert Andrew Ross hears that from his students at N.Y.U.

Ross: More and more students are doing double majors or cramming in as many minors as they can to equip themselves with as many skills as they can amass.

Twenty-seven-year-old filmmaker Malcolm Wallace Murray has been freelancing for four years. Between shoots, he writes and edits in his kitchen. He says he loves the freedom of the freelance life, but the lack of security can be hard.

Malcolm Wallace Murray: Especially now that I have friends who are settling into career trajectories and they can see 10 years out what their life is going to look like. And there still is quite a bit of risk in mine.

And risk is the real problem a growing number of people face in the contract economy, says Sara Horowitz of the Freelancers Union. She says these workers have to take responsibility for their own health care, their own training, their own retirement savings.

From her Brooklyn apartment, lawyer Melissa Holsinger says she’s one of the lucky freelancers. She gets health insurance through her husband’s job. Even so, she says the instability wears on her.

Holsinger: There are definitely times that I’ve said, what else can I do in my life and law school was a huge mistake. But I still really enjoy the work when I’m doing it, so, you know, just keep plugging along and eventually that full-time position will come through.

Holsinger has an interview for yet another part-time position on Friday. 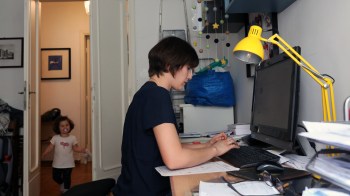