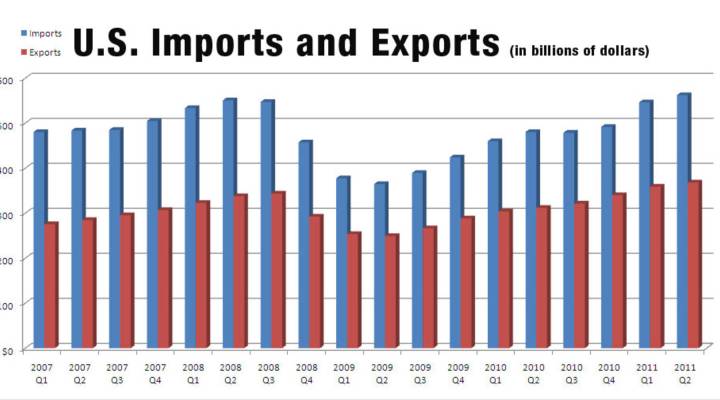 Trade in America is slowing. A report from the OECD today says the growth we saw in both imports and exports earlier this year is settling back again. You can almost hear the gears of the economy grinding to a halt. That bad news pushes the Marketplace Index down another point today.

That’s not good news, and it plays to the hands of those in the FOMC that want to stimulate the economy. But it’s not terrible, either: at least imports and exports are still growing. And the moves aren’t as dramatic as in other parts of the globe. In China import growth plunged to 0.7 percent, the slowest since the first quarter of 2009, from 11.1 percent, exports surged 10 percent, up from 2.9 percent in the first three months of the year.

Compared to the first quarter, both import and export growth rates slowed down in all G7 and BRICS countries, except in Brazil, where imports increased strongly by 11.2 percent (versus 5.7 percent in the previous quarter) and in China.