Military and Energy: The Biofuels Entrepreneur

Military and Energy: The Biofuels Entrepreneur

The armed forces have made splashy headlines of late, with successful tests of renewable-blend fuels as alternatives to 100% petroleum. The Navy fighter jet have done it, as have The Air Force Thunderbirds, not to mention successful commercial flights.

As the Navy secretary often says, the military can help the sector simply by buying lots of product; that can drive down prices and help firms scale up.

A defining moment for the biofuels industry? Perhaps.

Harrison Dillon at Solazyme thinks so. He’s co-founder and chief technology officer (and yes, they started the thing in his garage). Solazyme takes plant-based sugars, algae, and fermentation technology and voila, turns it into oil. It’s supplying the Navy with early batches of a drop-in replacement fuel. And recently it announced plans to build a commercial-scale, renewable oil plant.

From my interview with Dillon:

What’s your business relationship with the military? (listen to audio excerpt)

“We had a 150,000 gallon contract we signed last fall. And we’re shipping fuel to the military in railcars now, that’s going into ships and being tested. And that program is establishing that the fuel we’re making is a drop in compatible replacement for petroleum-based fuels. Once that testing and certification is complete, we will be in a position where the military will know that our fuel is indeed a drop-in compatible source of fuel. And that will give them the confidence they need to move forward with us as a commercial supplier of fuel.”

What’s the benefit of having the military as a customer? (listen to audio excerpt)

“It’s very helpful to have a partner like the military. Because obviously they purchase a lot of fuel. They are a very large user. And if you can prove your fuel is a drop-in compatible with their hardware, then it’s necessarily  the case it’s also a drop in compatible fuel with semi trucks, locomotives, any type of diesel vehicle. So it’s very helpful to have the military as a partner for that type of validation.”

The oft-heard criticism is biofuels have an eco-tradeoff. If you grow corn or sugar cane for fuel, that’s less food to eat.  (listen to audio excerpt) 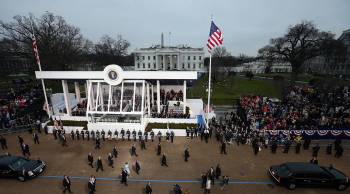