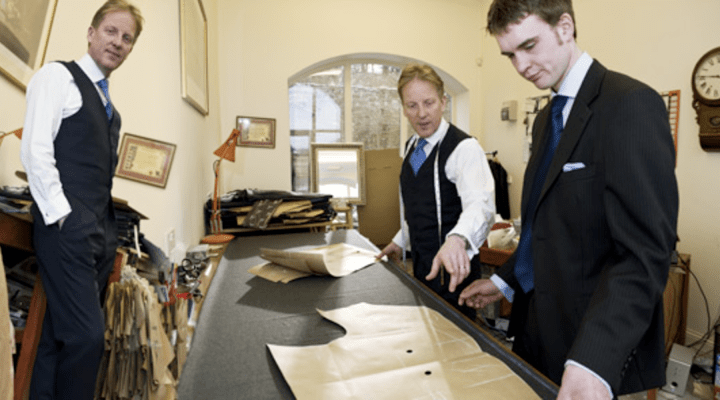 A “long-held rule in the marketplace” is that an ounce of gold, historically, has been able to buy a decent suit.

That’s what it says on this cute press release I just got from Canadian investment management company, Sionna,

Gold hit $1880 today, so I popped across to English Cut, a blog maintained by Thomas Mahon, an English tailor with a large American clientele. I like Tom becasue he tells great stories, his prices are pretty reasonable, compared with Savile Row, and because I was one of the first people to cover the launch of his blog.

Which means you’ll have to go shop off the rack, I’m afraid, old boy!