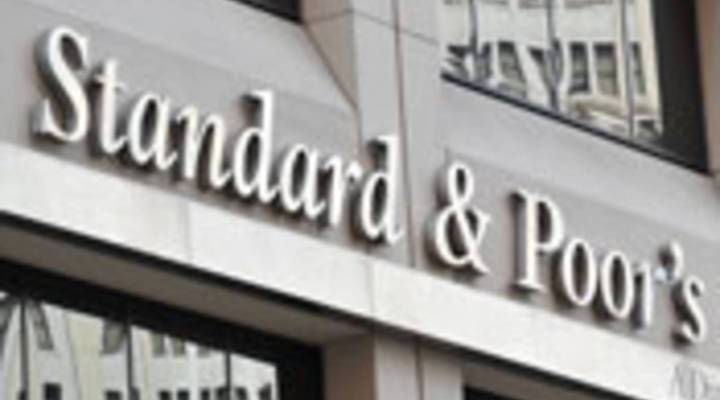 America’s credit downgraded, but how does that compare to the rest of the world?

America’s credit downgraded, but how does that compare to the rest of the world?

America’s credit rating downgrade might be making the most headlines, but Standard & Poor’s ratings affect other parts of the globe as well.

But credit rating agencies don’t operate in a vacuum, and while the U.S. is now a riskier investment than the Isle of Man, according to Standard & Poor’s, American debt is stronger than the vast majority of other countries’. Triple “A” ratings are in dark blue, while the most volatile economies are marked red…for danger. It still remains to be seen what country will be downgraded next.

And even though the U.S. debt rating dropped, other countries are holding strong. Estonia, for example, had its credit rating raised yesterday by two whole notches, making it the second highest-rated country in Eastern Europe.

Meanwhile, Estonia’s neighbor to the east is unhappy with its Standard & Poor’s rating. Russia’s BBB rating leaves it on par with Mexico and Lithuania, trailing just behind Ireland and the Bahamas.

While Russia did default on its debt back in 1998, the country is currently running a budget surplus, with currency reserves of over $500 billion. Prime Minister Vladimir Putin calls his country’s low rating an “outrage“.

Just for some perspective, Russia national debt is just 10 percent of its GDP, compared to a debt-to-GDP ratio of 62 percent in the United States, according to last year’s Bowles-Simpson Commission.